SNL on 'Gravity' and the shutdown: 'Mission control's not here right now, but can I take a message?' 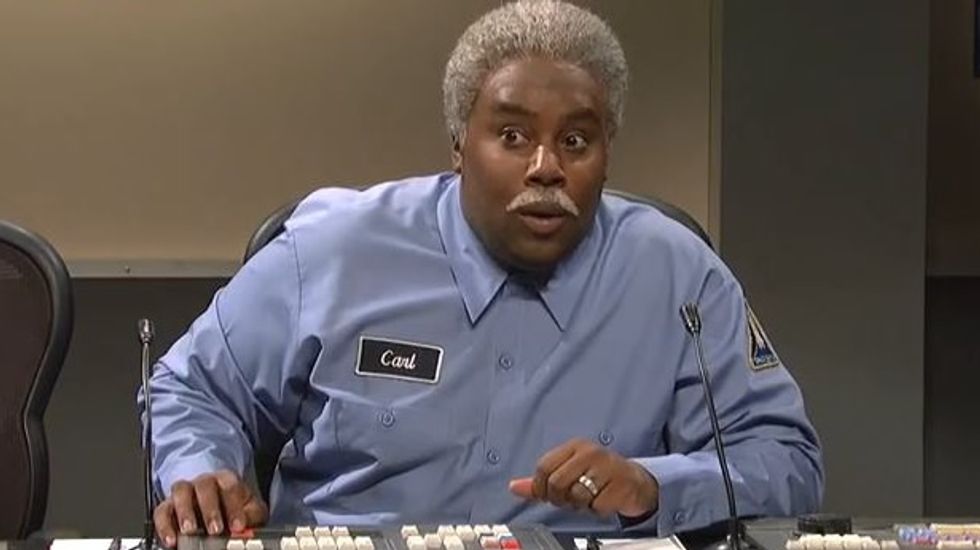 On last night's Saturday Night Live, the show featured a parody of the most popular movie in America, Alfonso Cuarón's Gravity, in which the astronauts detached from the Hubble telescope must deal with a janitor who's "apparently the only 'essential' employee in the building."

When the astronauts call mission control to inform NASA that they're "down to four percent oxygen," the janitor, played by Kenan Thompson, answers their call.

"Mission control's not here right now, but can I take a message?"

"What do you mean 'they're not here'?" the astronaut responds.

"Well, this is awkward," the janitor says. "But the government has shut down."

"Look, if you could give us coordinates for the International Space Station, we may have a small chance for survival."

"Hold on," the janitor replied. "Lemme get a pen here. I'm gonna say that 'Janet from Space called,' and I'm gonna say 'this is very important.' All set, y'all have a good day now."

Watch the entire sketch below.