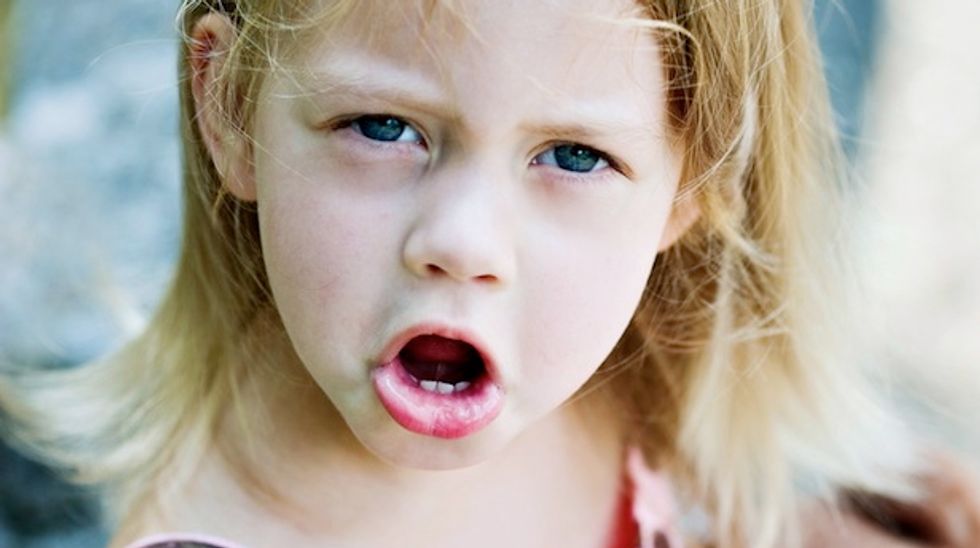 Sweden had a head start in the good parenting debate as the first country to outlaw smacking but some argue that its child-centered approach has gone too far and children now rule the roost.

"In some ways Swedish kids are really ill-mannered," David Eberhard, a leading psychiatrist and father of six, told AFP.

"They shout if there are adults speaking at the dinner table, they interrupt you all the time and they demand the same space as adults."

Eberhard recently published a book entitled "How Children Took Power" which argues that over the years Swedes have effectively extended their 1979 smacking ban -- now adopted in more than 30 countries -- to a ban on correcting children in any way.

"Of course you should listen to your children, but in Sweden it's gone too far. They tend to decide everything in families: when to go to bed, what to eat, where to go on vacation, even what to watch on television," he said, adding that the permissive approach to child-raising leaves young Swedes ill-equipped for adulthood.

"Their expectations are too high and life is too hard for them. We see it with anxiety disorders and self harming which has risen dramatically."

A question of culture

That view is contested by several experts including family therapist Martin Forster who says that on the whole Swedish youths still top international rankings of well-being.

"Sweden was very much inspired by ideas that children should be more in the centre and they should be listened to," he said.

"That children decide too much -- that's a matter of values. Different approaches to parenting and children produce different cultures."

Nonetheless, there is a lively debate about how the approach has influenced schools with falling grades and complaints about rowdy classrooms.

"Two boys were swearing at each other -- I didn't think 7-year-olds even knew words like that -- and when I tried to intervene they swore at me and told me to mind my own business," said Ola Olofsson, a journalist at a southern Swedish newspaper, describing a visit to his daughter's classroom.

When he wrote a column about the chaos he witnessed at the school, the paper's website was inundated with hundreds of comments from exasperated parents and teachers.

One preschool teacher from Stockholm wrote that the 4- and 5-year-olds she teaches regularly say, "You think I care!" when asked to do something.

"Just the other day a 4-year-old spat at me when I asked him to stop climbing on some shelves," she added.

But what is it that makes Swedish parenting different?

Family therapist Martin Forster says it's more of a political issue and that all the public debate about right and wrong may leave parents more confused than elsewhere.

Following a government inquiry on child welfare in 2010, a free parenting course, called "All Children in the Center," was offered by local authorities to support parents struggling with young children.

Its main message is that punishing children does not make them behave in the long run and setting boundaries is not always the right approach.

"If you want a child to cooperate the best way is to have a close relationship so the child will want to cooperate with you," said psychologist Kajsa Loenn-Rhodin, one of the architects of the course, rejecting the idea that children have taken over.

"I think it's a bigger problem when children are treated badly ... when there's harsh parenting," she said.

Marie Maerestad and her husband took the course in Stockholm in 2012 when their daughters were aged two and three. At meal times the children often ran about and pushed toys around the kitchen table.

"We found we were nagging them all the time, they were fighting a lot... we had a lot of disputes in the morning when it was time to get dressed," said the energetic 39-year-old personal trainer.

"Our youngest would have tantrums and nothing worked ... We had a pretty tough time so we thought it would be a good idea to get some tips and advice," she added, pouring coffee as her daughters played with Lego on the birchwood floor of their suburban house.

She said the course helped them "pick their battles" and communicate better with the children -- but she added that children do often tend to dominate in Swedish homes.

"You can see it with many of our friends, that it's the children who are in charge, it feels like."

Parents are not pals

Hugo Lagercrantz, a professor of pediatrics at Karolinska University Hospital, believes Swedish parenting owes a lot to the country's emphasis on democracy and equality.

"Swedish parents try to be too democratic ... They should act like parents and take decisions and not try to be popular all the time."

However Lagercrantz also sees an upside to the Swedish approach.

"Swedish children are very outspoken and can express their opinions," he said, adding that the country's tradition of equality helped spawn homegrown multinationals like H&M and Ikea, known for their flat management style, where there are fewer layers of middle management.

"Sweden is not very hierarchical and in some respects that's very good, it's one of the reasons why the country is doing fairly well economically."