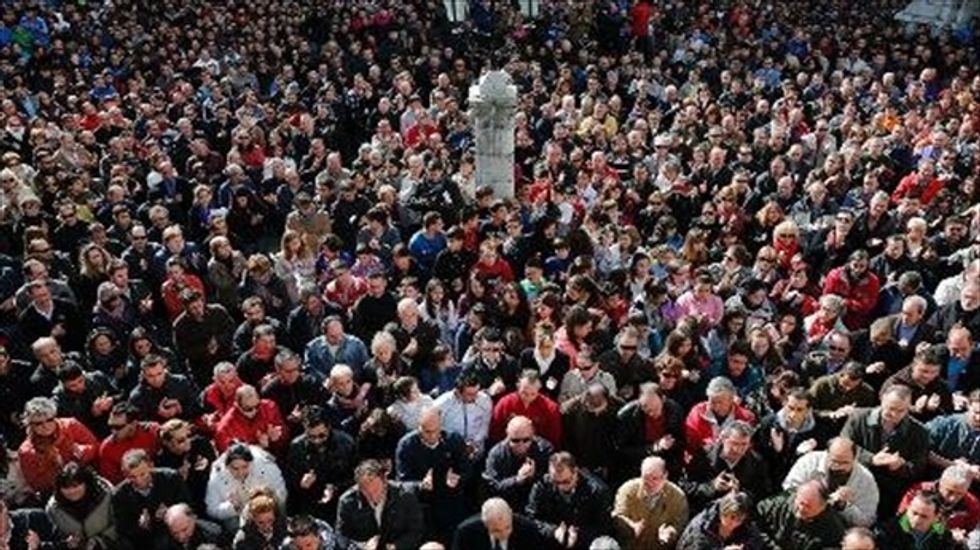 Spanish miners launched a 48-hour work stoppage Tuesday as they recalled the horror of a methane gas leak that swiftly killed six coal workers in the troubled industry's deadliest accident in 18 years.

The gas suffocated the six workers in a mine in northwestern Spain on Monday, officials said, spreading so quickly 700 metres (2,300 feet) underground that miners had no time to put on protective masks before being overcome.

Another five workers injured at the Santa Lucia mine, near the town of Pola de Gordon, were taken to hospital and are in a stable condition, officials said.

The four-metre high, five-metre (13-foot by 16-foot) wide passage was accessible via a cage lift.

Methane, a colourless and odourless gas and a deadly enemy of miners for centuries, is not toxic in small quantities. But it deprives the air of oxygen and can quickly asphyxiate at high concentrations.

Jesus Gonzalez, 30, one of 116 workers there at the time of the disaster, told AFP he was working in another part of the mine when the accident occurred in section seven.

"I was about to have a sandwich when it happened and I saw everyone running out," Gonzalez said.

People were shouting "Let's go to section seven, the roof has collapsed," the miner said. The movement of the rock may have pushed methane through the passage, he added.

"I was taking out the stretchers to the street, they were coming out asleep without a single scratch. It was simply the methane displacing the oxygen, an overwhelming asphyxiation. One mouthful of that and that's it, like birds."

Gonzales sadly recalled his colleagues who perished in the disaster.

"I knew them. I have been working there for five years. The oldest was about to retire because there was only one who was 45," he said.

Most of the victims were in their 30s, however, including parents of young children, he added.

"Both federations have decided to call a 48-hour strike in all mining operations in the country as a symbol of respect, condolences and mourning for our workmates," they said in a joint statement.

The unions urged the National Commission for Mining Safety to investigate urgently and to take measures to prevent further such disasters.

The company that owns the mine, Hullera Vasco Leonesa, blamed a methane gas leak and said an investigation was underway into the cause of the accident.

The mine was closed for two days because of the methane, said Francisco Gastanon, the mayor of Pola de Gordon.

"The town is devastated. It is like a heavy blow of reality. Something we though could be a nightmare, well it turns out to be reality. People are devastated, sad, depressed and it's very hard to see your friends, your workmates. No-one is in the street now."

The gas leak happened so quickly that the miners did not have time to put their protective masks on, said Jose Antonio Colinas, who represents miners at the local branch of the UGT trade union.

"They really did not have time to react, the atmosphere was invaded by methane," he told reporters at the scene.

The president of the government of the region of Castile and Leon, Juan Vicente Herrera, declared three days official mourning.

It was the worst accident at a Spanish mine since 14 people were killed in August 1995 in a methane explosion at a coalmine near Mieres in the northern province of Austurias.

Spain's coal mining sector has been contracting for decades, with a reduction in government mining subsidies hastening the closure of unprofitable mines.

Like other European countries, Spain has committed to gradually close unprofitable coalmines in the next few years.