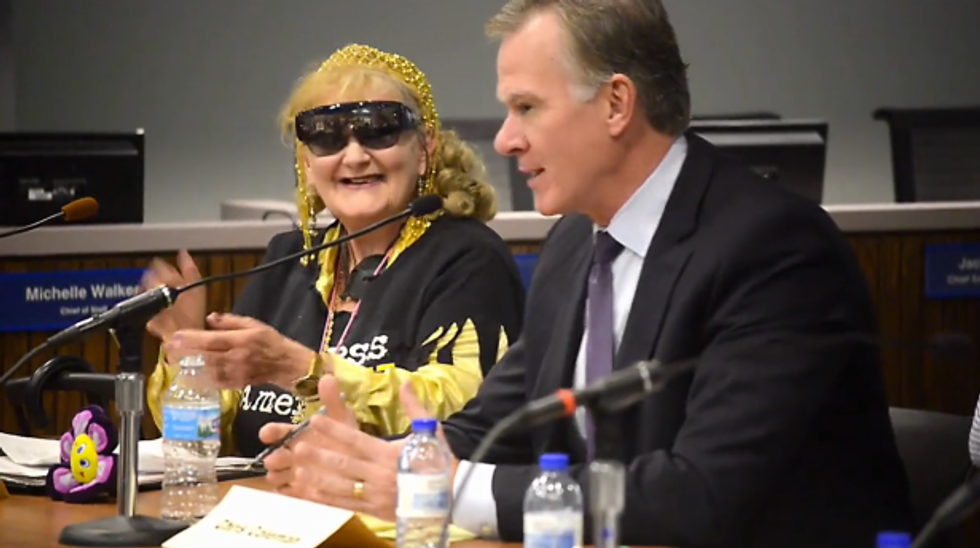 Coleman, who’s been endorsed by a mix of labor and business groups, is seeking a third term in office.

The mayor giggled to himself throughout remarks Thursday by one of his challengers, perennial candidate Sharon Anderson, as she compared St. Paul and Minneapolis to Sodom and Gomorrah and admitted to being “so upset over a lot of different things," but recovered in time to deliver a straight-faced comeback.

“Sharon is just a typical politician,” Coleman said of the woman wearing two pairs of sunglasses and a T-shirt that says “Lawless America.” “You haven’t even gotten elected mayor and you’re already running for attorney general.”

Anderson joined the audience in a hearty laugh and conceded, “That’s a good comeback.”

Anderson went on to compare herself to pop singer Miley Cyrus, saying, “I’m the wrecking ball but I’m not Ciley Myrus.”

She again joined in the crowd’s laughter and said, “I’ve got to stop.”

But the biggest laughs came when street maintenance worker Kurt Dornfield opened his remarks with an off-color joke.

“My campaign has become like when Adam first saw Eve,” Dornfield said. “He told her, ‘You better back up because I’m not sure how big this thing’s going to get.’”

Anderson immediately begins cackling and called Dornfield a “rascal,” as Coleman shuts his eyes and gives a wincing smile.