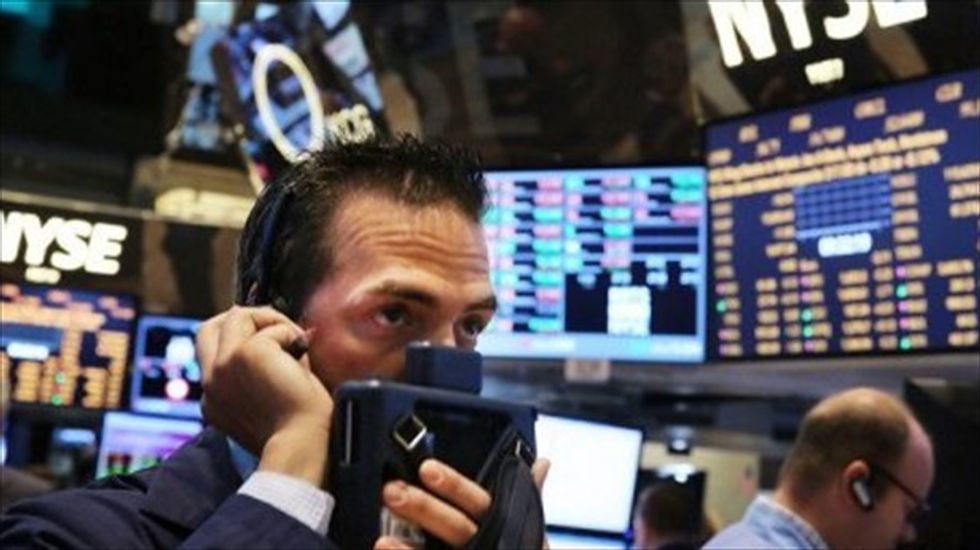 US stocks, led by the tech-rich Nasdaq, tumbled Tuesday as a Washington budget and debt ceiling impasse dragged on without clear progress.

Republican and Democratic leaders in Washington continued to adopt a tough line Tuesday, as the government began the second week of a partial shutdown and the critical October 17 deadline loomed to raise the debt ceiling.

Mace Blicksilver, director of Marblehead Asset Management, said some investors opted to cash out of major Nasdaq tech stocks that have risen significantly in recent months.

"Investors are concerned that if this thing lingers on, you can have a more general sell-off," Blicksilver said.

The losses came as the IMF trimmed its forecast for global economic growth to 2.9 percent year-over-year in 2013 and 3.6 percent in 2014, revising July estimates down by 0.3 and 0.2 percentage points, respectively.

The IMF highlighted some slowing emerging economies as responsible for the lowered forecasts, but also warned that a US budget standoff threatens the global economy.

A failure to promptly raise the US debt ceiling "could seriously damage the global economy," the IMF said.

Department-store chain JC Penney ticked 4.2 percent higher after reporting "solid progress" in its turnaround efforts. September comparable-store sales fell 4.0 percent compared with last year, but the decline was an improvement over the drop in the previous month.

Xerox fell 2.5 percent after disclosing that the Securities and Exchange Commission is investigating accounting practices at a subsidiary acquired in 2010.

Bond prices rose. The yield on the 10-year US Treasury slipped to 2.62 percent from 2.63 percent late Monday, while the 30-year dipped to 3.69 percent from 3.70 percent. Prices and yields move inversely.