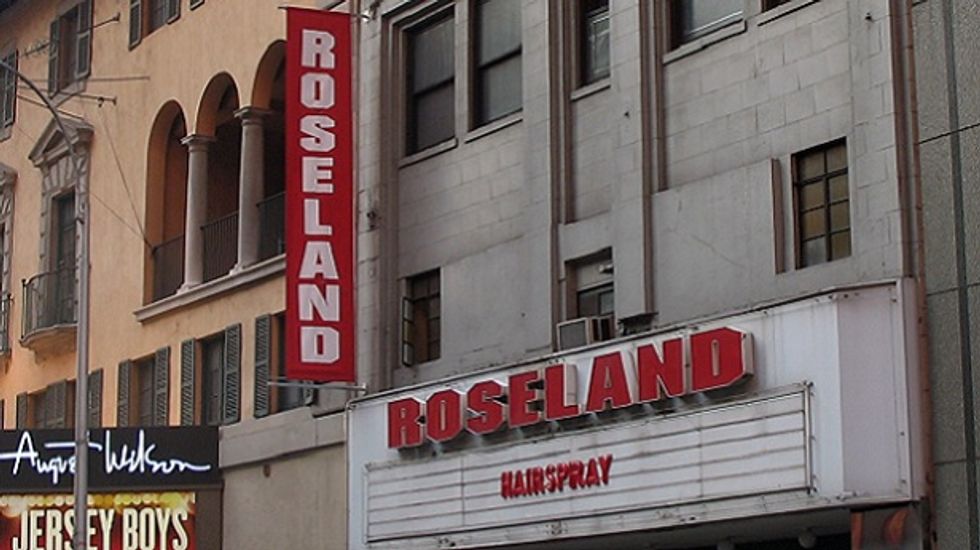 It has hosted generations of stars, from Hollywood song-and-dance legends Fred Astaire and Gene Kelly in the early days to Madonna and Beyoncé today. But according to Billboard magazine, the Roseland Ballroom, one of New York City's most enduring musical landmarks, is set to close its doors in April 2014. That will be just five years shy of the venue's 100th birthday.

Billboard's report cited an internal email it had obtained; no official announcement has been made and no-one at the venue was available for comment on Sunday. Roseland's understated website describes it as a "legendary ballroom for special occasions" and lists future artists for dates as late as 4 February 2014.

A report in the New York Times on Sunday quoted John Scher, a long-time concert producer, saying he had heard weeks ago about Roseland's closing. Steve Martin, a booking agent who organized shows at Roseland for bands like Squeeze and Dream Theater, told the newspaper he would miss the club.

"It's a loss," he said. "Roseland always had a great feeling for the bands and for the audiences."

Owned most recently by the developer Laurence Ginsburg, with booking agent Live Nation, the Roseland was originally a skating rink and opened at its current location, at West 52nd and Broadway in midtown Manhattan, in 1958. The venue dates back to 1919, however, when it was located around the corner on 51st. Before that, it existed in Philadelphia.

Roseland opened when ballroom dancing was popular, using its quarter-acre dance floor to accommodate up to 3,200 people and hosting dance marathons, jiving and jazz. Benny Goodman, Glenn Miller and Frank Sinatra all headlined. But the venue evolved with every decade, incorporating stars of rock n'roll, disco, house, grunge, hip-hop and rap.

In later years, live bands dominated its schedules, with groups such as the Red Hot Chili Peppers and Nirvana playing multiple nights. It has also been host to a range of events, including a recent birthday party for the former US secretary of state Hillary Clinton and annual gay circuit parties.

Acts scheduled for upcoming Roseland shows include Fitz & the Tantrums, Danzig, the Wanted, Pretty Lights, Hoodie Allen, and Panic! At the Disco.