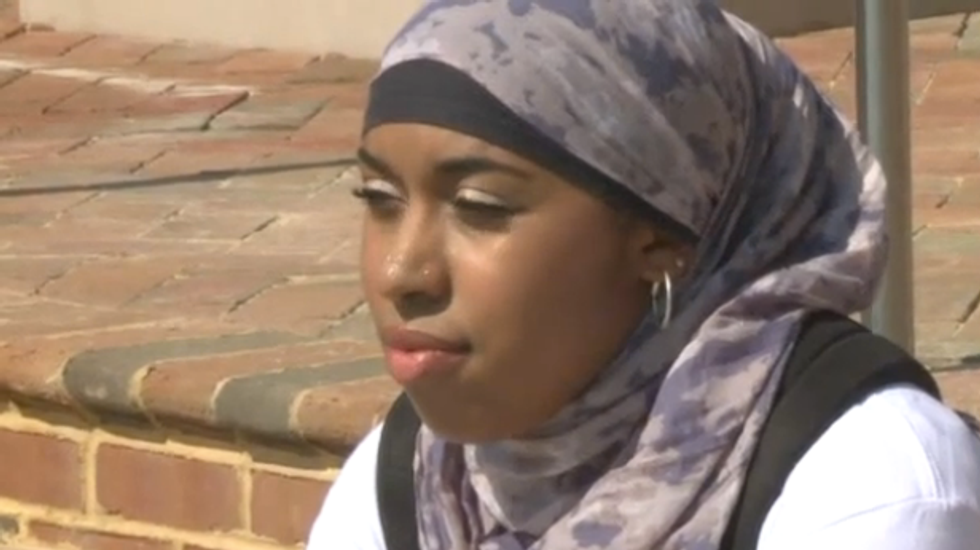 A Virginia college student says she carries papers proving she’s a Muslim so she can wear a hijab on campus.

Melona Clarke said officials at Hampton University told her she must get a letter from the school chaplain and her mosque so she could get a student identification card.

“I went to go get my ID in the police office, and I was in the front of the line and I was told that I would not be able to get my ID because I wear a hijab,” Clarke told WTKR-TV.

The station reported that “caps and hoods for women” are not allowed under the student dress code, but that “does not apply to headgear considered as a part of religious or cultural dress.”

Another policy states that students may make written requests through the Office of the Chaplain to wear headgear in their ID photo.

Clarke said she was able to have her photo taken wearing the scarf, but the student said she now carries her letters of permission with her daily in case she’s questioned about it again while on campus.