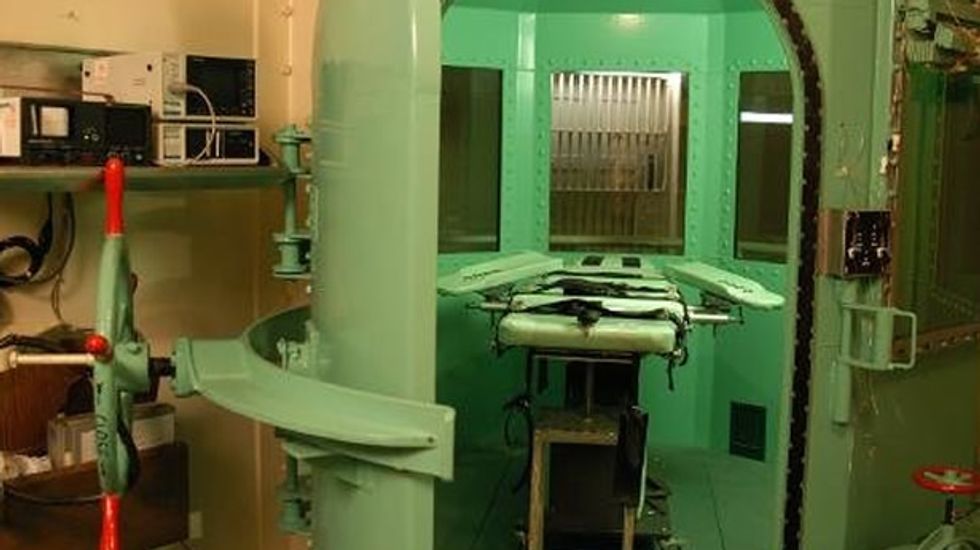 The United States is turning to new drugs for lethal injections as supplies of the current standard dwindle, sparking lawsuits from death row prisoners that the changes will cause undue suffering.

Two men were put to death Wednesday in Texas and Arizona, using a lethal dose of an animal anesthetic customized by a compounding pharmacy -- which has not been approved at the federal level.

The two convicts tried to press the issue in court -- in one case, all the way to the Supreme Court -- arguing the untested drug risked subjecting them to "cruel and unusual punishment," forbidden under the Constitution.

The issue has been building at least since 2011, when the United States stopped producing the drug used since the introduction of lethal injections in the 1980s.

Now, states that allow the death penalty find themselves "at a dead end," said Deborah Denno, a US expert on lethal injection.

Pentobarbital, a drug used to euthanize animals, was adopted to replace the previous cocktail -- but states are finding themselves without a supplier, yet again.

The Danish producer of the drug refused to provide it to the United States for the purpose of executing humans, and a Washington court has forbidden states to purchase drugs unregulated in the US from foreign laboratories.

As a result, nearly all of the eight states that have carried out executions this year -- including Ohio, Missouri, Texas, Georgia, Florida and Arizona -- "are making changes in their lethal injection process," said Richard Dieter, director of the Death Penalty Information Center.

Missouri has started using propofol, the anesthetic that killed Michael Jackson -- but once again, the state found itself unable to replenish its stocks when the German manufacturer refused to sell it for human executions.

Another option that has emerged are compounding pharmacies, which can customize drugs for its clients.

But when a judge ordered Texas to reveal its new supplier for pentobarbital, the compounding pharmacy found it did not want to be drawn into the legal battle over executions.

"This is a continuing theme: every time a state starts to use a new drug, the company that makes that drug stops selling it," Denno said.

The pharmacy, arguing it would not have sold the drugs if it had known it would be named, tried to demand the immediate return of the barbiturates in question.

Compounding pharmacies, which are regulated at the state, but not federal, level, had already sparked a scandal in November 2012, when one such company was deemed responsible for a deadly meningitis outbreak because of poor hygiene.

And inmates are arguing they cannot be trusted to safely produce drugs used for executions.

"Nobody really knows the quality of the drugs, because of the lack of oversight," Denno said.

Inmates argue that, without this oversight, the drug stocks could be contaminated, "creating a grave likelihood that the lethal injection process could be extremely painful, or harm or handicap plaintiffs without actually killing them," according to one lawsuit.

The uncertainty, itself, creates "unnecessary suffering and mental anguish," the lawsuit added.

But Robert Blecker, a New York Law School professor in favor of the death penalty, argues the lawsuits are just another "desperate attempt to delay and stop" executions.

"Why should it be FDA-approved? This is not medicine, this is a method of killing," Blecker said.

Unless they abolish the death penalty, states will have to find alternative drugs or go back to older methods of execution, according to Blecker, whose book "The Death of Punishment" comes out in November.

Meanwhile, states are "losing their credibility" with the repeated changes in lethal injection practices, argued Denno.

"How many times in this country can they change the way they execute?" the Fordham University law professor said. "There were more changes in lethal injections in the last 5 years than in the 25 preceding years."