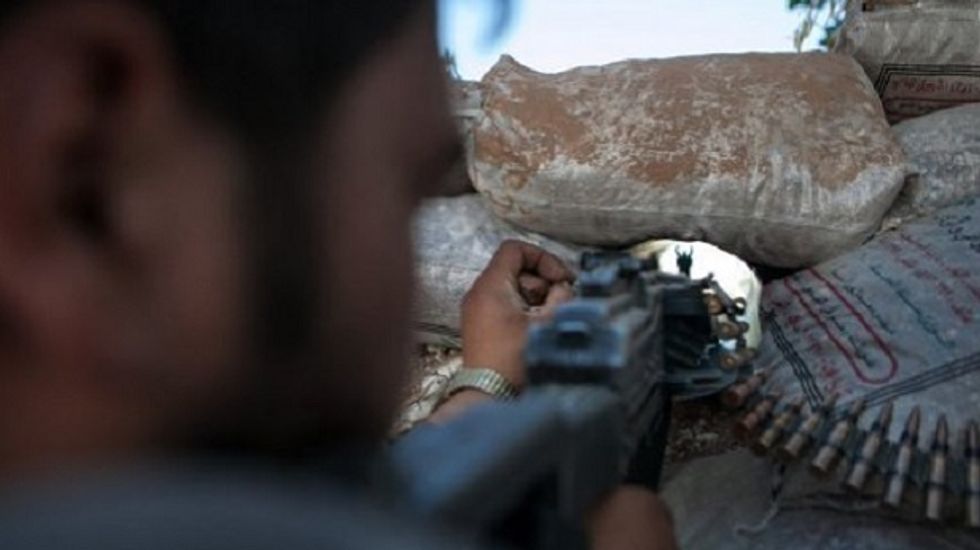 The Alawite sect is an offshoot of Shiite Islam to which President Bashar al-Assad belongs.

HRW based its 105-page report on an on-site investigation and 35 interviews, including with survivors of an August 4 attack on 10 pro-government Alawite villages in the coastal province of Latakia.

Out of 190 civilians killed, the New York-based group said at least 67 were executed. Some 20 groups took part in the attack before government troops expelled the rebels from the villages on August 18.

"Two opposition groups that took part in the offensive, the Islamic State of Iraq and Sham (the Levant) and Jaish al-Muhajireen Wal-Ansar, are still holding the hostages, the vast majority women and children," it said.

"The findings strongly suggest that the killings, hostage taking, and other abuses rise to the level of war crimes and crimes against humanity," the rights group said.

"The scale and pattern of the serious abuses carried out by opposition groups during the operation indicate that they were systematic and planned as part of an attack on a civilian population," it said.

"In some cases, opposition fighters executed or gunned down entire families."

HRW, noting that it had previously documented war crimes by government forces, urged the UN Security Council to "impose an arms embargo on groups on all sides against whom there is credible evidence of widespread or systematic abuses or crimes against humanity."

It also urged countries with influence over the rebel groups, mostly made up of Sunni Muslims, to work for the release of the hostages.