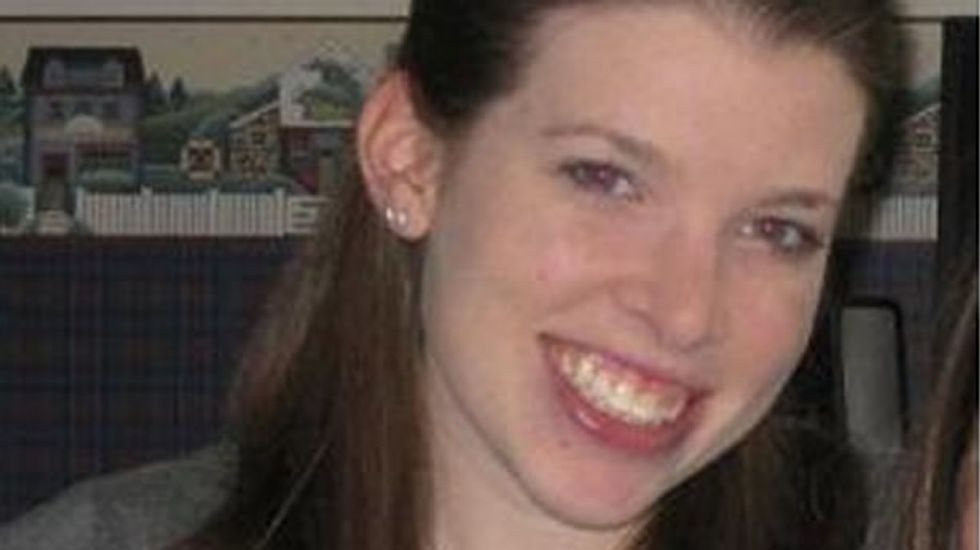 Fourteen-year-old Philip Chism has been charged in the murder of 24-year-old Colleen Ritzer, a popular math teacher at Danvers High School in Massachusetts.

The 14-year-old was reported missing after school yesterday, and police searching for him found blood in a second-floor bathroom at the high school. Later that night, Chism was found walking against traffic on Route 1 and taken into police custody.

Police say that Ritzer was reported missing at 11:30 p.m. Approximately an hour after Chism was found on the highway, police located her body in the woods behind the school.

Essex County District Attorney Jonathan Blodgett refused to say how Ritzer was killed, only that it was "apparent she was a homicide victim." He also would not indicate how she may have been related to Chism.

Ritzer's Twitter-feed reveals her to have been a dedicated teacher: in addition to regularly posting assignments, she was quick to wish students a "happy birthday" and generous with her encouragement.

"Big moments in geometry class this week...we have completed our first proofs!" she wrote earlier this term.

Watch a video of Chism being arraigned from CBS Boston below.