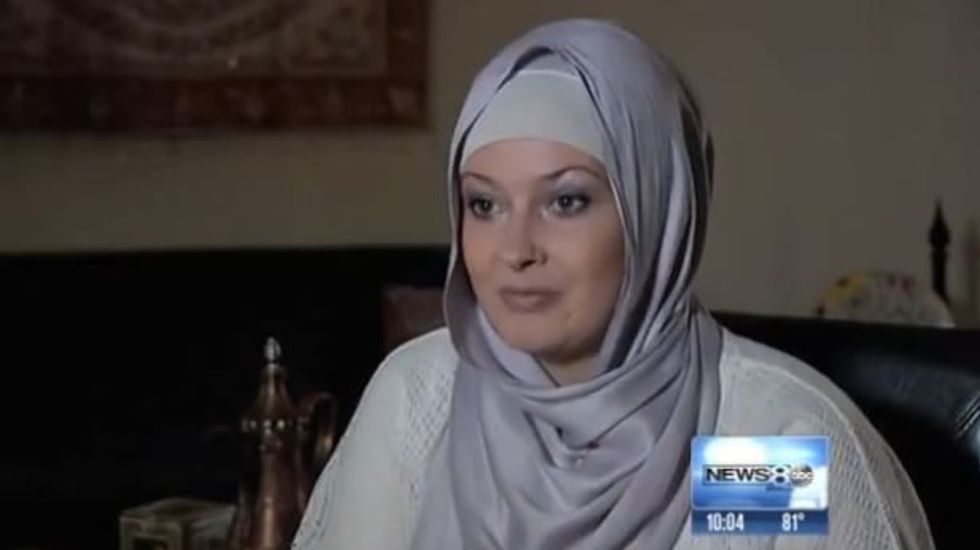 A Muslim woman claims that employees at a TGI Friday's in Garland, Texas added bacon bits to her iced tea order.

According to a post by Nicole Queen on Facebook, she had received a chilly reception upon entering the establishment, and her waiter had not been pleased when she asked him to remove bacon bits from her Cobb salad.

A different waiter returned with the salad, and after her party had paid their check, he also offered to refill her iced tea to-go. She thought that odd, but accepted the offer. When she got to her car and attempted to take a sip of it, she found the bacon bits that presumably had been removed from her salad.

When she returned to the restaurant to complain, a manager denied that his staff would so such a thing. On TGI Fridays's Facebook page, the company stated that:

We take this matter very seriously, as it would represent a gross violation of our values and the promise we make to each of our guests. We have been in contact with the guest, and we are working with her to investigate. We will take any appropriate actions necessary based on the findings.

Queen told WFAA in Dallas that she doesn't plan to sue the company, but hopes this can be a learning experience for all involved.

Watch the ABC News 8 report on the incident below.