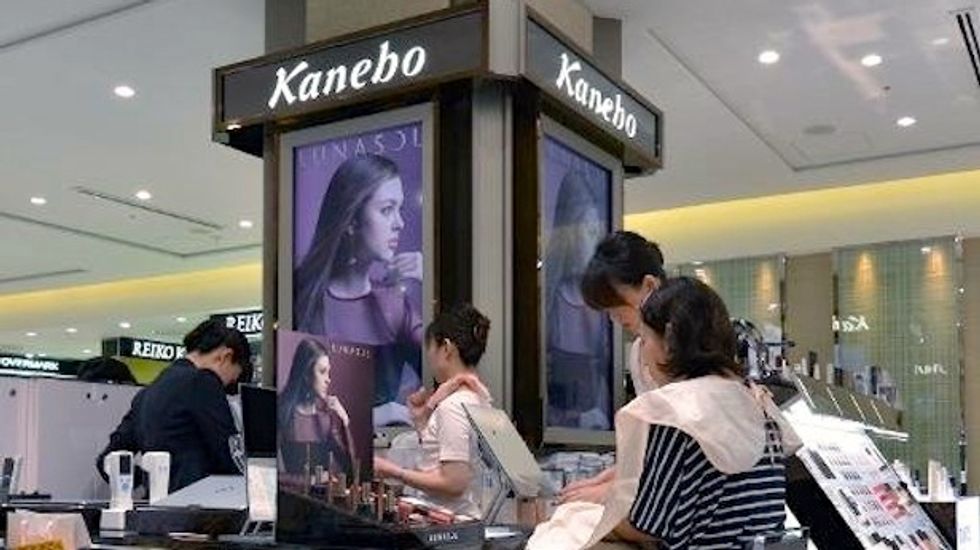 More than 15,000 people in Japan have been left with skin blotches caused by a chemical contained in popular skin-whitening creams, the maker of the products said Tuesday.

Japanese cosmetics giant Kanebo said it had received 15,192 complaints ins Japan from users of 54 products containing the whitening chemical "Rhododenol," in what has become an escalating public relations nightmare for the company.

A third of the complaints are from people with "serious" symptoms such as at least three blotches or a single patch of discoloration 2 inches or more in diameter, the company said in a press release.

More than 70 people abroad had reported a similar reaction, 54 of them in Taiwan and the others in Hong Kong, South Korea and Thailand, a Kanebo spokeswoman said, adding there had been no complaints from mainland China.

"The number may rise somewhat hereafter but the pace is slowing down. We hope there will be no large increase," she said.

Kanebo in July recalled of millions of products from across the globe, including Britain, because of problems with a chemical whitening substance called 4-(4-hydroxyphenyl)-2-butanone, which Kanebo has named "Rhododenol".

Kanebo was forced to issue a humiliating apology last month after the revelation that it had continued shipping flawed cosmetics for a week after deciding to recall them, possibly increasing the number of customers affected.

The company has said it will pay medical costs for customers left with uneven skin coloring, which in some cases continued after they stopped using the products.

Kanebo's parent company Kao has seen its share price fall since the scandal broke, losing around six percent of its value in a market that has risen by more than four percent in the same period.