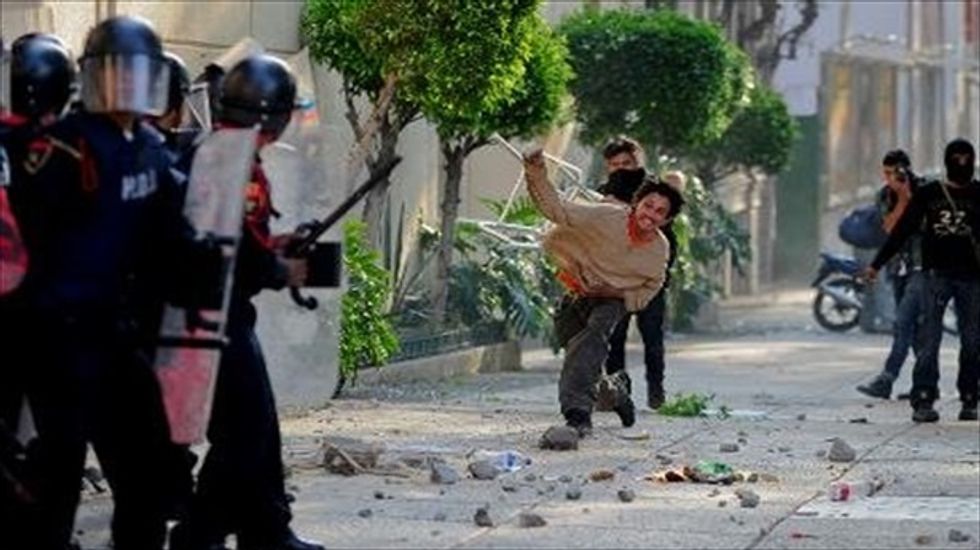 Protesters clashed with riot police in Mexico City, leaving dozens injured as thousands of people marched to mark the anniversary of the 1968 massacre of students.

The Red Cross said at least 50 people were injured as a group of protesters threw rocks and firebombs at police who responded with tear gas.

Hector Serrano, secretary of the capital's government, said at least 12 police officers were injured while 15 people were detained.

The press rights group Articulo 19 said at least seven journalists, including an AFP photographer, were hit by police officers and two detained while covering the event.

Another AFP reporter was hit by a police officer while an agency video journalist was attacked by protesters. A fourth AFP journalist was struck by a rock that was thrown from behind a police line.

Serrano told Formula radio most of the protesters marched peacefully "but there were some 200 and 250 anarchists who are attacking officers."

The demonstrators marched to demand justice for the killings that took place on October 2, 1968, when soldiers opened fire on 8,000 protesters, leaving an official death toll of 40 while civil organizations say as many as 300 were killed.