Tom DeLay: I'm back and I'm on a mission from God 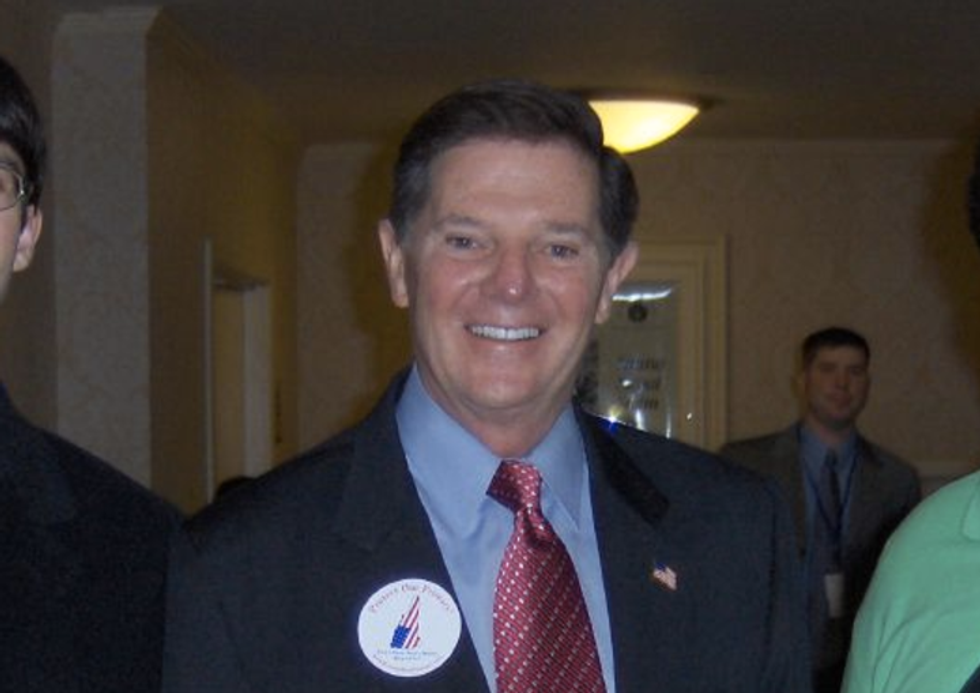 Former U.S. House Majority Leader Rep. Tom DeLay (R-TX) told a group of tea party Republicans last week that he has been contacted by God and told to lead a "Constitutional revival." According to Texas Public Radio, however, DeLay says that he intends for now to stay out of public life and influence elections from behind the scenes.

Barry Schlech, vice-chairman of the tea party group Texas Patriots PAC, told TPR, "(DeLay) believes that he is being led to encourage, or promote, or participate in sort of a new a new revolution for the country -- not armed battles and muskets and all that stuff, but in terms of ideals."

In his speech to the group, DeLay waxed on about how his faith in Christ helped him struggle through criminal charges for money laundering and racketeering. His money laundering conviction was overturned in September by a Texas judge.

"It's really happy day for me, and I just thank the Lord for carrying me through all of this and it really drove my detractors crazy because I had the joy of Jesus in me and they didn't understand it," said DeLay to reporters in September.

The man known as "The Hammer" for his aggressive negotiating style spent more than $12 million in legal fees in order to avoid jail time.

When asked at the time of the ruling whether he plans to return to Congress, DeLay said, "There's too much other things that the Lord wants me to do. But around the political arena, I'm around. They never got rid of me."

In Texas, Schlech echoed that sentiment.

"I didn’t get the sense -- with what he said -- that he wants to ever be in office again," Schlech said. "He’s going to be an advocate, not in the background but maybe in the forefront."