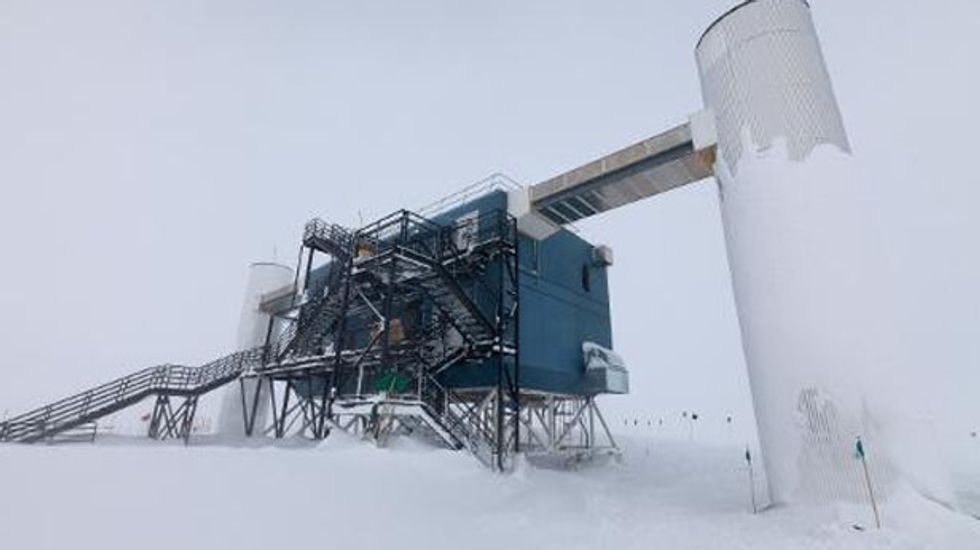 The government shutdown in Washington has forced US bases half a world away in Antarctica to suspend research as they go into "caretaker" mode, the National Science Foundation (NSF) said Wednesday.

In an unprecedented development that scientists described as "tragic", the US-based foundation said logistical support funding for the US Antarctic Program (USAP) will dry up early next week and contractors have been ordered to scale back operations.

The US has three Antarctic bases studying topics ranging from climate change to penguin populations in one of the most inhospitable environments on Earth.

But all research in coming months -- the busiest period for scientists when conditions are at their least extreme -- will be abandoned as the bases are run by skeleton maintenance crews, the NSF said.

"Under caretaker status, the USAP will be staffed at a minimal level to ensure human safety and preserve government property, including the three primary research stations, ships and associated research facilities," it said in a statement.

"All field and research activities not essential to human safety and preservation of property will be suspended."

It is believed that non-essential personnel will be transported to the USAP's support base in Christchurch, New Zealand, while the funding freeze continues.

"The loss of this season's programmes, some planned over many years, is unprecedented and tragic for both the Antarctic community and our understanding of the Antarctic region and its changing environment," he said.

Barrett said important research into subject such as global warming would be left in limbo.

"The Antarctic region may be out of sight for most, but it?s a key part of the global climate system," he said.

"We can only hope that the people and resources the US has wisely committed to its understanding are restored as soon as possible."

The NSF said it would do its best to resume research programmes when funding eventually resumes but conceded this would not always be possible.

"It is important to note, however, that some activities cannot be restarted once seasonally dependent windows for research and operations have passed," it said.

Antarctica New Zealand, a government body which oversees the country's activities in the region, said the situation would have a "minimal impact" on its own research.

"(We) are conscious of the operational challenges the US Antarctic Program is facing at this time and we remain committed to our strong partnership with them," it said.

However, University of Waikato researcher Charles Lee said scientific efforts in Antarctica were a collaboration between nations and there would inevitably be an effect on all researchers who work with the Americans.

About 30 countries, all members of the 1959 Antarctic Treaty, operate research bases in Antarctica.

The frozen continent has the Earth's lowest recorded temperature of nearly minus 90 degrees Celsius (-130 degrees Fahrenheit) and is shrouded in permanent darkness during the winter months.

This means scientists conduct most of their research in the summer months, when customised aircraft are able to land on ice runways.