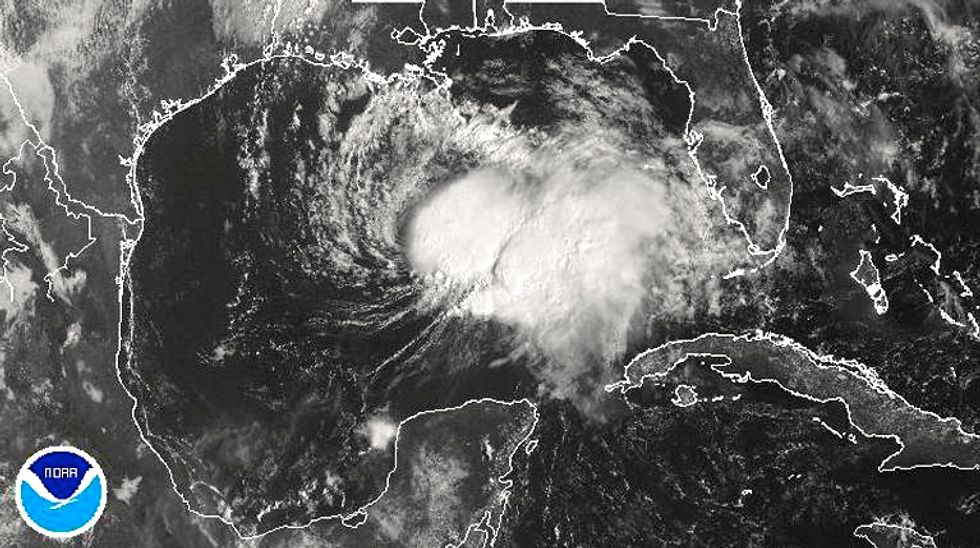 Tropical Storm Karen churned toward the US Gulf Coast Friday, with forecasters warning of weekend flooding and heavy rainfall in several states, including Louisiana and Florida.

As the system swirled about 250 miles (405 kilometers) south-southwest of the mouth of the Mississippi River, authorities urged residents to stock up on essentials.

Florida Governor Rick Scott even declared a state of emergency in 18 counties to enable the potential deployment of resources as needed -- despite a federal government shutdown.

"Our number one priority is the safety of our citizens," he said in a statement.

A hurricane watch that could be downgraded later Friday was in effect from Grand Isle, Louisiana, to west of Destin, Florida, according to the National Hurricane Center.

A tropical storm watch, meanwhile, was issued for areas including metropolitan New Orleans, battered by Hurricane Katrina in 2005.

Karen's center was expected to be near the coast Saturday night.

Set to become the first named system to strike the United States this year, Karen was packing maximum sustained winds of near 50 miles per hour at 1500 GMT.

"Little change in strength is expected during the next day or so with some strengthening possible Saturday and Saturday night," the Miami-based NHC said.

"The combination of storm surge and the tide will cause normally dry areas near the coast to be flooded by rising waters."

Through Sunday night, Karen was expected to dump up to 10 inches (25 centimeters) of rain in isolated areas, and three to six inches over parts of the central and eastern Gulf Coast.

On Thursday, President Barack Obama was briefed on disaster preparations and his administration recalled emergency workers who had been told to stay home due to a government shutdown linked to a bitter budget dispute.

Scott sought to reassure residents that the shutdown would not impact preparedness and potential relief efforts.

"We will not let the government shutdown in Washington in any way hurt our emergency response efforts in Florida," he said.