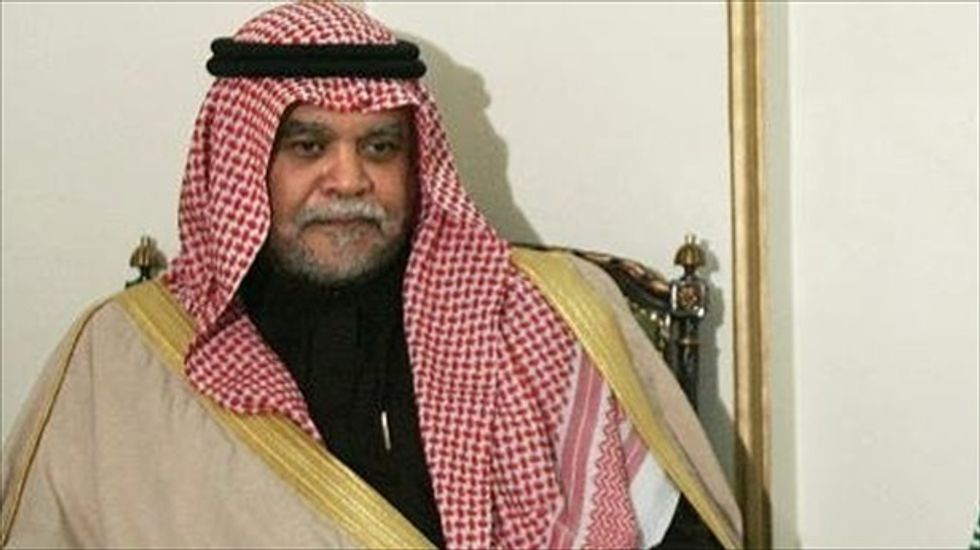 Relations between the United States and Saudi Arabia remain strong, a US official insisted Tuesday, brushing aside a report its key Gulf ally was seeking to distance itself from Washington amid differences over Syria.

Asked if Riyadh had told Washington that it planned to cut back cooperation, the official replied: "Not to my knowledge has that message been sent to the State Department by the Saudis."

"The fundamental relationship and partnership with the Saudis is a strong one. We value their efforts on a wide range of issues," added State Department deputy spokeswoman Marie Harf.

Her comments came after the Wall Street Journal reported that the Saudi intelligence chief, Prince Bandar Bin Sultan al-Saud, told European diplomats he would scale back cooperation with the US on arming and training Syrian rebels.

It also coincides with Riyadh's rejection of a prized seat as a non-permanent member of the United Nations Security Council, in protest at the world body's failure to do more to end the Syrian war.

"This was a message for the US, not the UN," Prince Bandar was quoted by diplomats as saying, according to the Journal.

Prince Bandar also told the diplomats, in a private weekend meeting in Riyadh, that he would roll back Saudi Arabia's work with the CIA to train Syrian rebels, and work with other allies including Jordan and France.

The Saudis had been particularly angered by the US decision not to go ahead with strikes against the chemical weapons arsenal of Syrian President Bashar al-Assad, the Journal said.

And they wanted the US or the UN "to come up with a more effective plan of action for helping rebels overthrow Mr Assad and end the Syrian war," the US business daily added.

The Sunni majority Gulf kingdom has also watched warily as Washington has made moves to improve ties with Shiite Muslim Iran.

"We're working together on some challenging issues, and we share the same goals, whether it's ending the civil war in Syria, getting back to a democratic government in Egypt, preventing Iran from acquiring a nuclear weapon," Harf said.

"The question of how you get there on all of these issues is what we're working through right now with the Saudis and our other international partners."

She highlighted that US Secretary of State John Kerry held a "productive" two-hour meeting over lunch in Paris with Saudi Foreign Minister Saud al-Faisal on Monday.

"They have a warm friendship and even during moments of disagreement have always found ways to have honest and open discussion," she said.

During the meeting, Kerry pressed Faisal to reconsider Riyadh's decision not to take up the Security Council seat.

Top decisions in Saudi Arabia come from King Abdullah, and it was not immediately clear whether Prince Bandar's remarks signified a division within the monarchy on how to pressure the US to take a more hands-on role in Syria, the Journal added.