Van Jones to Sen. Ted Cruz on Obamacare funding: 'You're not a sugar daddy, are you?' 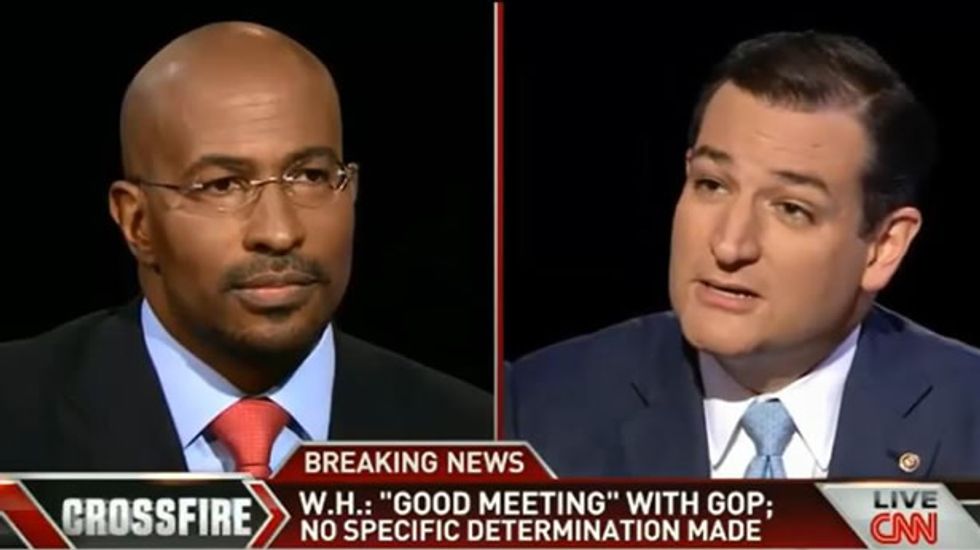 "Isn't the irony of Obamacare," Jones asked Cruz, "that in order to fund the stuff you like -- like no denying of anybody any coverage -- you have to accept the stuff you don't like, like the mandate?"

"You can't get something for nothing," he continued. "You're not a sugar daddy, are you?"

"Van," Cruz began, pointedly avoiding the question, "three years ago someone might have thought this might work, but we've seen what's happened in the time since it's been implemented."

Cruz then went on to repeat Republican talking points about exemptions given to "the unions" and "big business."

"President Obama and Harry Reid have forced a government shutdown," Cruz said, "in order to deny that same exemption to hard-working American families."

"How would you pay for it?" Jones interjected.

"I think it's wrong," Cruz said, taking a stance neither Jones nor any of the panelists opposed, "to think we should treat the ruling elite in Washington better than hard-working American families."

"But how would you pay for it?" Jones asked again.

At which point, Newt Gingrich said "This is why we can continue to have Crossfire," and the conversation ended without Sen. Cruz answering Jones's question.

Watch video of the exchange below.