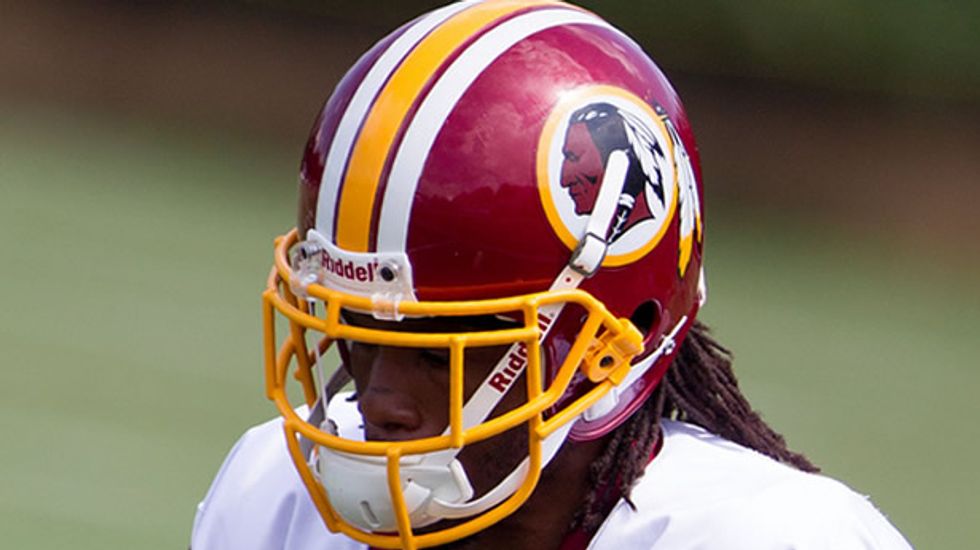 On CBS's Face the Nation this morning, the Washington Post's Dana Milbank upbraided the president for commenting on the name of the "Redskins" during a government shutdown. "I think it's a fine point the president should not be making the middle of a crisis," he said.

PBS's Gwen Ifill pointed out to Milbank that the president had made the quick remarks in response to the last question in an interview.

"I call it the Washington football team," she said. "I don't use the name because I think it unnecessarily offensive, and what's the point?"

Milbank and Ifill were referring to an interview with the Associated Press on Saturday, in which President Obama responded to a question about the controversial name of Washington's NFL team by saying that:

If I were the owner of the team and I knew that there was a name of my team — even if it had a storied history — that was offending a sizeable group of people, I’d think about changing it.

Controversy over the name is not new, and in fact for decades the Native American-themed aspects of the "Redskins" have been being phased out. First to go were the long black braids worn by cheerleaders, followed by the mock rain dance that the cheerleaders performed after touchdowns. The band no long marches with feather headdresses, and the lyric "Scalp 'em" was removed from the team's official fight song, "Hail to the Redskins."

Why the team is even named the "Redskins" is a matter of debate. The team's first owner, George Preston Marshall, changed it from the "Braves" to honor coach William Dietz, who claimed to be a Sioux Indian. But that explanation makes little sense, given that Marshall fired Dietz less two years into his tenure, and especially because of Marshall's famous refusal to integrate his football team. Washington was the last team to carry an all-white roster, and only integrated when threatened by the federal government in 1961.

Since January, former FCC chairman Reed Hundt has tried to convince sportscasters to voluntarily stop using the name, as many individual print journalists have, and refer to the team as "the Washington Football Club" in the style of English Premier League teams.