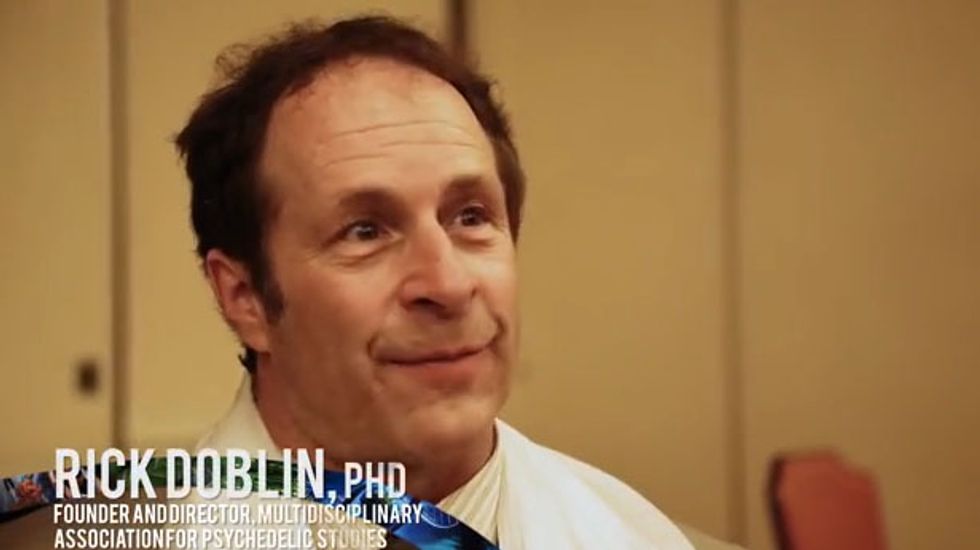 "In terms of discussing publicly the potential benefits of psychoactive substances, psychedelic substances we mustn't be evangelists, we musn't be trying to convince anybody," Gabor Mate, MD, says in the video. "It is not a cause. It is simply a great potential modality for helping a whole lot of people. So, we need to present the evidence for it seriously and humbly, and we have to expect that some people will be drawn to that and some people will not be."

In contrast to '60s counterculture figures like Timothy Leary, Mate clarified he saw psychedelic substances as potential treatments for specific conditions, not a panacea to all the ills of the world.

The three day conference in Oakland, California was attended by more than 100 researchers and 1,900 international attendees.

Scientists and medical doctors presented research on the therapeutic use of MDMA, psilocybin, LSD, and other psychedelic drugs.

Whoa! Science
Report typos and corrections to: corrections@rawstory.com.
Like this article ? Text `Support` to 50123 to donate.
READ COMMENTS - JOIN THE DISCUSSION