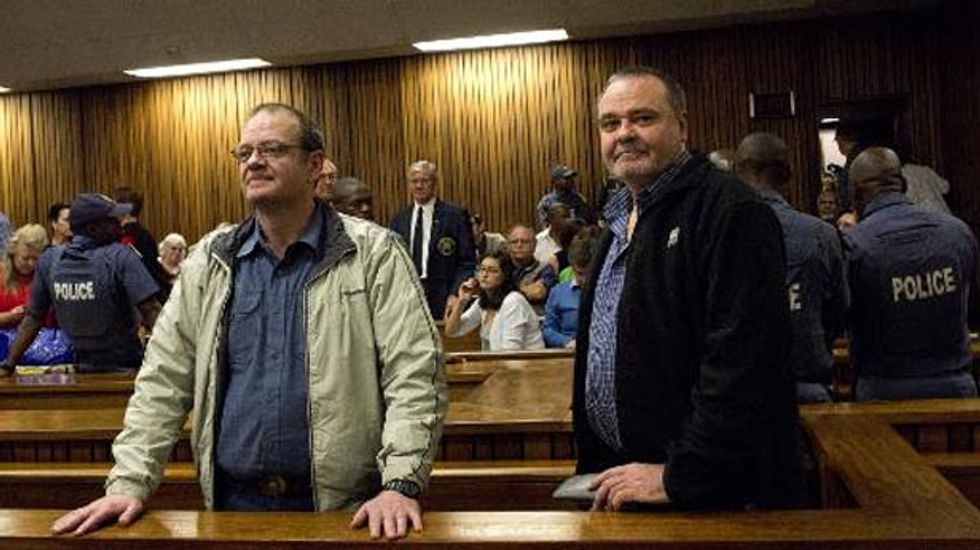 The mastermind behind a right-wing extremist plot to kill former South African president Nelson Mandela and drive blacks out of the country was sentenced on Tuesday to 35 years in jail.

The ringleader of a white supremacist militia called Boeremag, Mike du Toit, was given the highest sentence of 35 years along with four other defendants over a botched 2002 plot to overthrow the post-apartheid government, the prosecution said.

The judge at the High Court in Pretoria sentenced the rest of the 20 militia members on trial to between 10 and 30 years depending on their degree of involvement in the plot, National Prosecution Authority spokesman Medupe Simasiku told AFP.

However, several of the defendants will be going home free men because the judge suspended 10 years of the sentences against them and took into account the time behind bars during the trial.

The trial lasted almost a decade until the Boeremag members were convicted in August last year -- the first guilty verdicts for treason since the end of apartheid in 1994.

All 20 accused were convicted of treason, but only five of murder and the plot to kill Nobel peace laureate Mandela, South Africa's first black president.

The Boeremag -- Afrikaans for "Boer Force", a reference to the descendants of the first Dutch colonisers -- had planned to sow chaos through bomb blasts.

They then intended to take over military bases, replace the government with white military rule and chase all blacks and Indians from the country.

One woman died and dozens of people were injured in blasts that shook the Johannesburg township of Soweto in October 2002.

Mandela, now 95, is critically ill but being treated at his Johannesburg home after being discharged from hospital in September following a three-month stay.