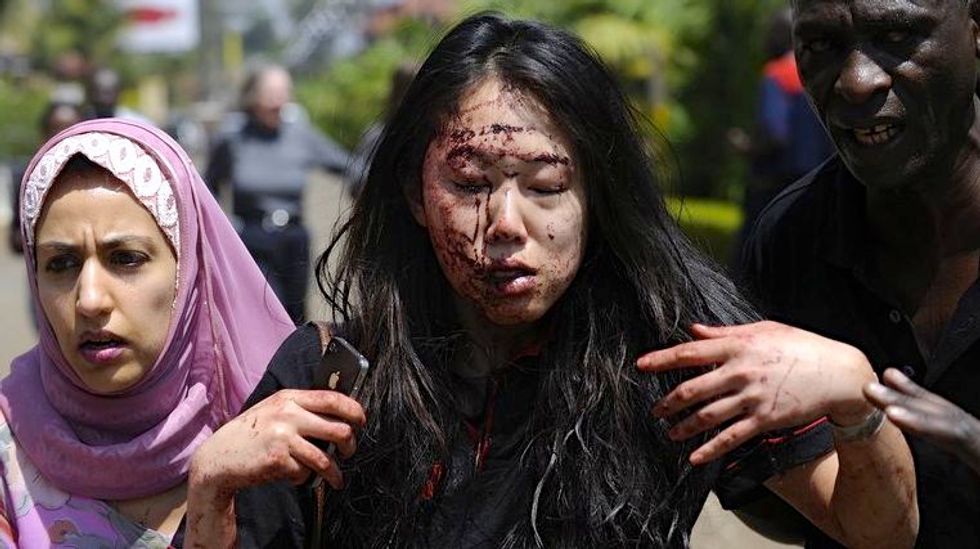 The British woman wanted for alleged terror offences in Kenya, dubbed the "White Widow", wrote an ode to the late Al-Qaeda chief Osama bin Laden proclaiming her love for him, a report said Tuesday.

Samantha Lewthwaite's clumsy poem, littered with spelling mistakes, was found by British police investigators after they examined a computer hard drive found at a house in the Kenyan town of Mombasa, Britain's Sky News television said.

"Oh sheik osama my father, my brother / My love for you is like no other / Oh Sheik Osama now that you are gone / The muslims must wake up they must be strong," it begins.

Bin Laden was killed by US troops in May 2011 in Pakistan.

It continues: "Al-Qaeda are stronger and fiercer than ever / Thinking in the end you are stupid it will NEVER / Be over until the day that we see our lands returned and governed by He Allah the almighty,/ Whose law is complete.

Lewthwaite is the widow of Germaine Lindsay, one of four Islamist suicide bombers who attacked the London transport network on July 7, 2005, killing 52 innocent people.

The 29-year-old Muslim convert is the subject of an Interpol "red notice" warrant for her detention, issued at Kenya's request after Islamist gunmen massacred at least 67 people at a Nairobi shopping mall last month.

The notice did not specifically mention the mall siege, saying instead that Lewthwaite was wanted on charges of being in possession of explosives and conspiracy to commit a felony dating back to December 2011.

The report said that the hard drive led investigators to a three-bedroomed flat in Nairobi overlooking a shopping centre similar to the Westgate mall attacked last month.

Lewthwaite lived there for seven months in 2011 using a false South African passport under the name Natalie Fey Webb, paying 60,000 Kenyan shillings ($700, 515 euros) a month in rent, it said.

The hard drive also contained several photographs of Lewthwaite, which reveal she spent much of her time on websites concerning body image.

One site she viewed showed how to obtain a hairstyle like US singer Taylor Swift, others had details on dieting and another offered an online course of self-defence.