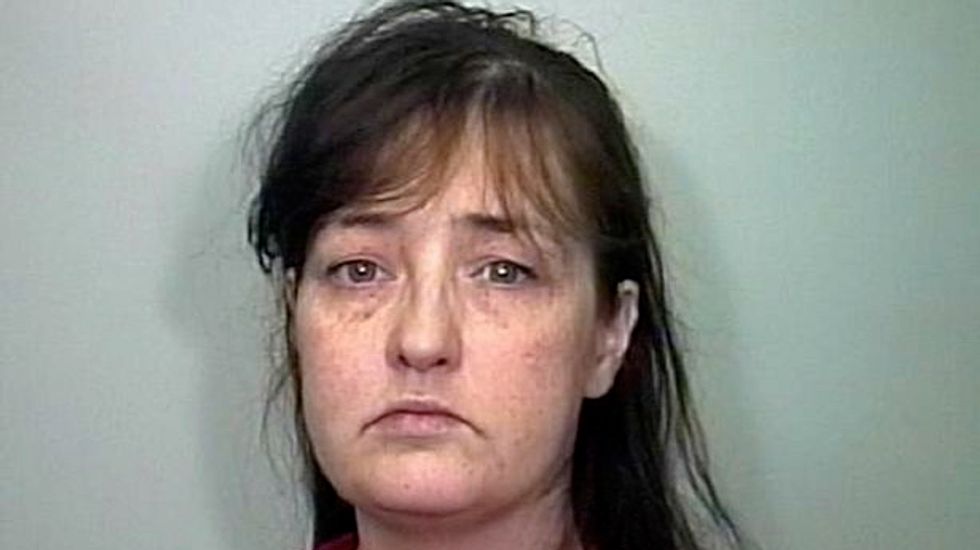 A mother who starved her four-year-old son to death -- and whose body was discovered two years later in a mummified state in his cot -- was jailed for 15 years on Friday.

Amanda Hutton, a 43-year-old alcoholic, was told her conduct had been "wicked" as she was sentenced at Bradford Crown Court for the manslaughter of her son, Hamzah.

The court had heard that Hamzah's decomposed and insect-infested body was found in a cot in the squalor of Hutton's bedroom almost two years after he died in December 2009.

Photographs of the house showed clothes and waste piled up in several rooms.

Hutton was convicted of manslaughter by a jury on Thursday.

"The details of your wicked conduct have been displayed in such awful detail over the past three weeks in the trial," judge Roger Thomas told her.

He spoke of her "terrible failures to fulfil the most basic responsibilities that you, as a mother, should have fulfilled".

Thomas said the manslaughter of Hamzah involved "failing to provide him with anything like adequate nourishment over a long period of time -- in short, you starved him to death".

"You failed your young children, causing them to live in quite appalling conditions of squalor which understandably shocked even the most seasoned police officers."

Hutton was sentenced to 12 years in prison for manslaughter, a further three for child cruelty and two and a half more -- to be served concurrently -- for preventing the lawful burial of Hamzah.

Prosecutors said Hamzah probably died from malnutrition because Hutton neglected him as her drinking worsened.

During the trial, Hutton, a mother-of-eight, told the court that she struggled to get her son to eat and he died suddenly.

She claimed she never sought medical advice because she thought Hamzah was going through a phase and would grow out of it.

She said she panicked after his death and continued to claim child welfare payments for Hamzah because she was worried that, if she stopped, his body would be discovered.

She also said she was concerned the other children would be taken away if Hamzah's death was discovered.