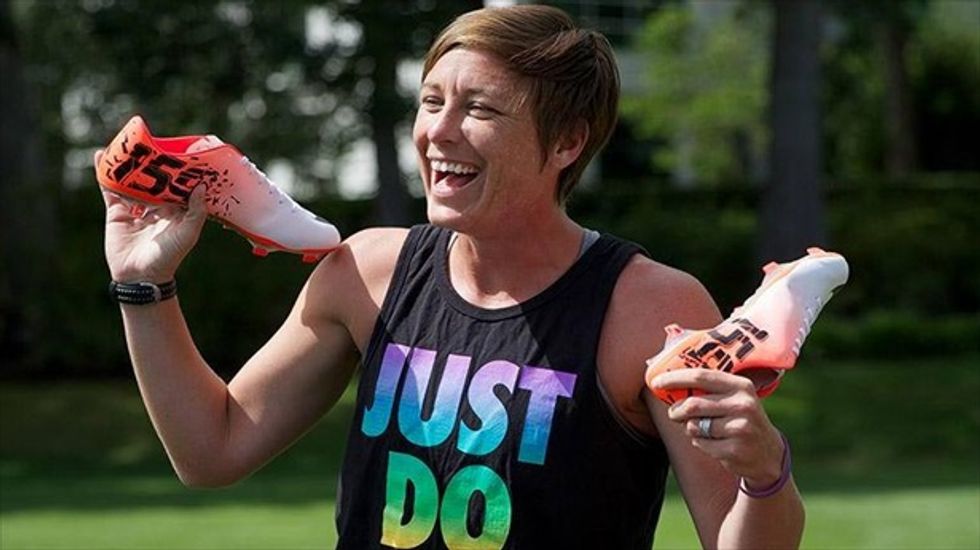 "Sarah and I wanted to thank everyone for all the love and support," Wambach tweeted. "We couldn't be happier. What an amazing week it's been. #honeymoon."

In June, Wambach, 33, became the all-time leading goal scorer in international men's or women's football with four goals in a 5-0 US victory over South Korea.

She broke the previous mark of 158 goals, set by former US team-mate Mia Hamm, and has 160 international goals in her career.

She played with the 29-year-old Huffman last season for the Western New York Flash in the inaugural season of the National Women's Soccer League.