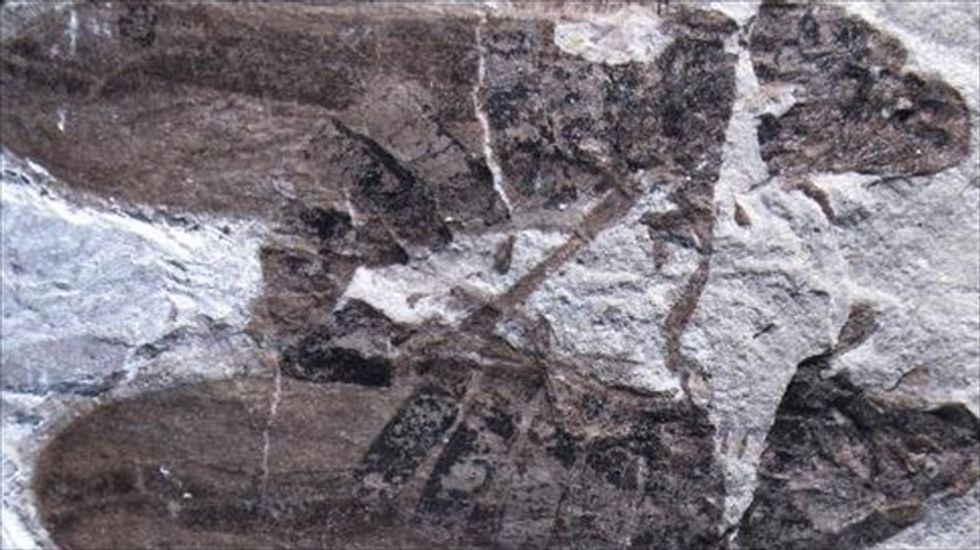 This handout photo courtesy of Public Library of Science shows a fossil of a holotype male(R) and allotype female(L) copulating. [AFP]

Chinese scientists have discovered the oldest known fossil of a pair of insects caught in the act of copulating, according to a study released Wednesday.

The imprint of the male and female froghoppers, lying belly to belly, was dug up in northeastern China. The fossil is believed to be 165 million years old, said the report in the journal PLOS ONE.

The insects got their name because they jump around on plants and shrubs much like little frogs.

"On the mating pair, the male?s aedeagus is inserted inside the bursa copulatrix of the female," said the study led by scientists at the Key Laboratory of Insect Evolution and Environmental Changes at Capital Normal University in Beijing.

The rare fossil shows "the earliest record of copulating insects hitherto," and "sheds light on the evolution of mating behavior in this group of insects," it added.

Namely, it shows that the creatures' genitalia and mating position have stayed the same for more than 165 million years, the authors said.