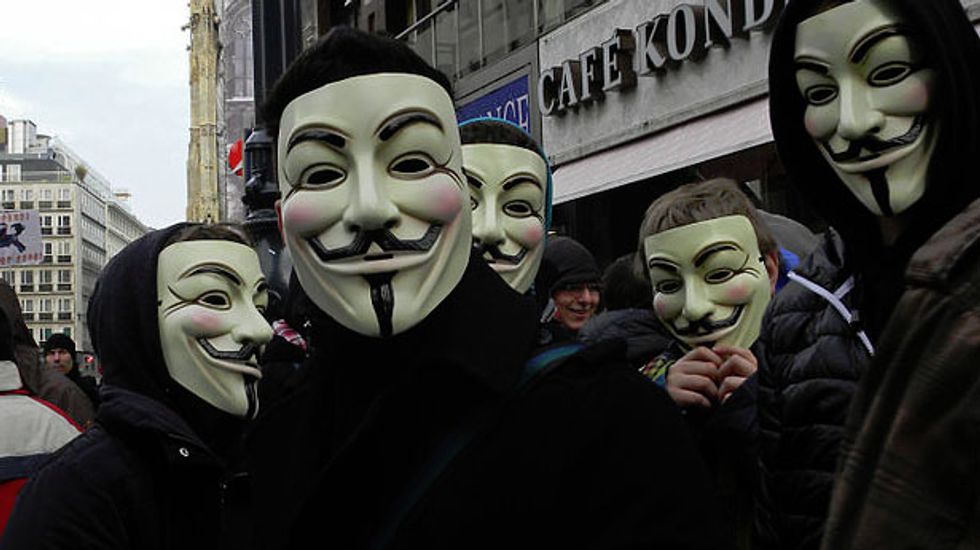 The online activist hacker collective Anonymous announced Thursday that it is taking up a new campaign in hopes of bringing to justice the people who allegedly raped and murdered a 2-year-old from the Phoenix, AZ area.

According to a notice posted at the text-sharing website Pastebin.com, the hackers believe that authorities failed to properly prosecute the case of Savannah Cross, who was assaulted and ultimately killed, allegedly by two people who had been entrusted with her care.

Anonymous alleges that prosecutorial incompetency and budget shortfalls were the main factors that led to murder and child abuse charges being dropped against Ryan Alan Reed, 27, and Allison Ann Clement, 28. The Maricopa County Medical Examiner's Office failed to provide key evidence in the case in time to meet prosecutors' deadline for the trial, forcing the judge to dismiss the case on grounds of lack of evidence.

On December 11 of 2012, according to AZ Central, police and paramedics were summoned to Reed and Clement's house shortly before 7:00 in the morning. At the residence they found Savannah Cross unconscious, covered in bruises and receiving CPR from an unspecified adult. She was pronounced dead at Maricopa County Medical Center 30 minutes later.

For five months, the toddler had been left by her mother in the babysitters' constant care. Her mother, Ashley Dattoli Livengood, reportedly showed no interest in her daughter, only showing up every couple of weeks to pay for the girl's care.

Reed and Clement produced a set of conflicting and contradictory stories to police about what happened to the girl. Reed admitted that he had struck Savannah on repeated occasions, but Clement insisted to authorities that Savannah bruised easily and that Reed had not hit her with any real force. Clement later admitted that she was lying to police to protect Reed.

Savannah Cross was reportedly malnourished, severely abused and showed signs of repeated sexual abuse. Anonymous believes this should never have happened and that Reed and Clement should be in custody.

"Enough is enough," they wrote. "To the media of Maricopa County, the state of Arizona, the United States, and the world, you can not continue to ignore this. This is a child in your community, a child in your city, a child in our country. If you don't stand up for her, then who will? If not now, then when? There is nothing more important than seeking justice for an abused and murdered child. Step up to the plate and bring this horrendous story the attention it deserves."

"At this time you have 7 days to terminate her employment or we will begin directly contacting veteran's and military groups in your area," Anonymous said to the hospital. "If you want protests on your campus, continue to ignore this demand. We will not ask again."

"Anonymous wishes to again state that we fully support the actions of the Maricopa County Sheriff's Office, Phoenix Police Homicide Division, all first responders, and the Maricopa County Attorney's office in this case," the group concluded. "We thank you for doing your jobs. We again demand that others do theirs."

Anonymous was instrumental in bringing the Steubenville rape case to the public's attention. The group is hoping that by raising the profile of Savannah Cross' case, they can bring her alleged murderers to justice.