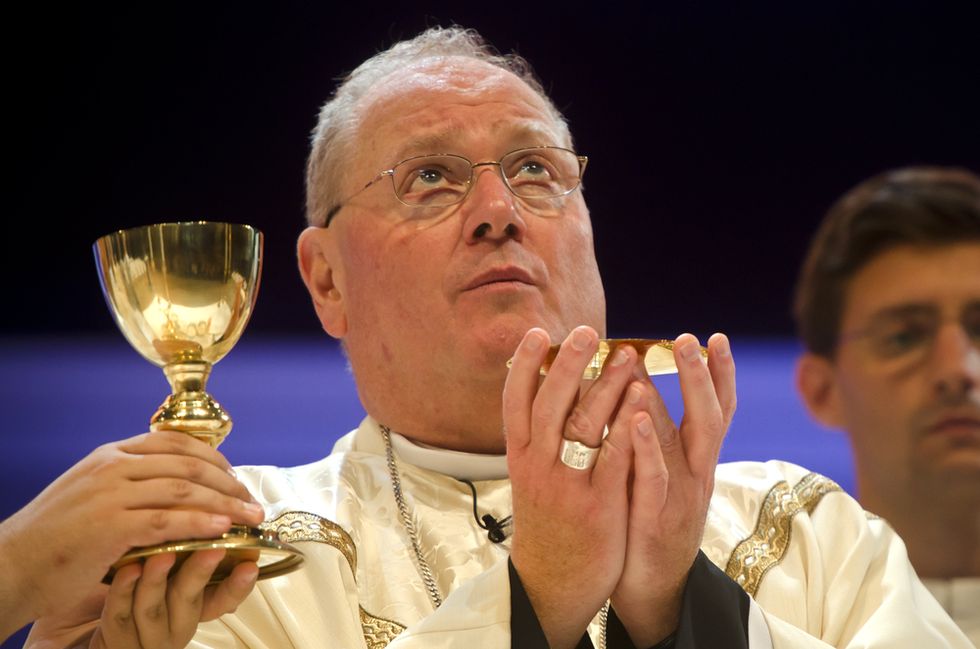 Catholic Cardinal Timothy Dolan said in an interview on Friday that the Catholic Church is "caricatured" as anti-LGBT, but actually isn't. He went on to say that the institution got "out-marketed" by same sex marriage advocates, a fact that he "regrets."

Dolan was taping an appearance on "Meet the Press," which is scheduled to air on Sunday, but excerpts appeared Friday in the New York Times. The 63-year-old cardinal of the Archdiocese of New York appeared to be trying to rehabilitate his formerly fire-breathing stance against same sex relationships and the people who practice them.

He went on to say that the U.S. is engaging in a "stampede" to legalize same sex marriage, "and I regret that."

When Gregory asked Dolan if the question is settled, then, he replied, "No. I don’t think it is. Uh-uh.”

However, he said, to paint the church as completely anti-LGBT is unjust and a "caricature" of what he feels is a nuanced stance in favor of one kind of marriage over another.

In the past, Dolan has said that same sex marriage will cause the destruction of civilization. In March of 2011, he preached against New York City's LGBT Pride celebration, saying, "I think society and culture is at its peril if we presume to tamper with what has been given and already cherished through the history of civilization."

Columnist Paul Brandeis Raushenbush at Huffington Post wrote, "First of all, marketing isn't the problem. We know where the Catholic Church bishops stand on the issue as they have been engaged in a full on anti-gay marriage campaign including a recent exorcism against gay marriage in Illinois and using communion as a hostage against same sex marriage in New Jersey, not to mention the firing of a lesbian teacher from a Catholic school in Arkansas after her same sex marriage."

"Let's just be very clear here," wrote Raushenbush, "if you are against marriage equality you are anti-gay."

Pope Francis has angered and alienated many on the right by appearing to soften the church's virulently anti-LGBT stance. Rather than openly fight the message of Christian tolerance coming from the Vatican, Dolan may be attempting to soften the public's perception of the church as an institution of historically monolithic bigotry run by child molesters.

"Meet the Press" airs each Sunday on NBC.