Are U.S. phone landlines in danger of being disconnected? 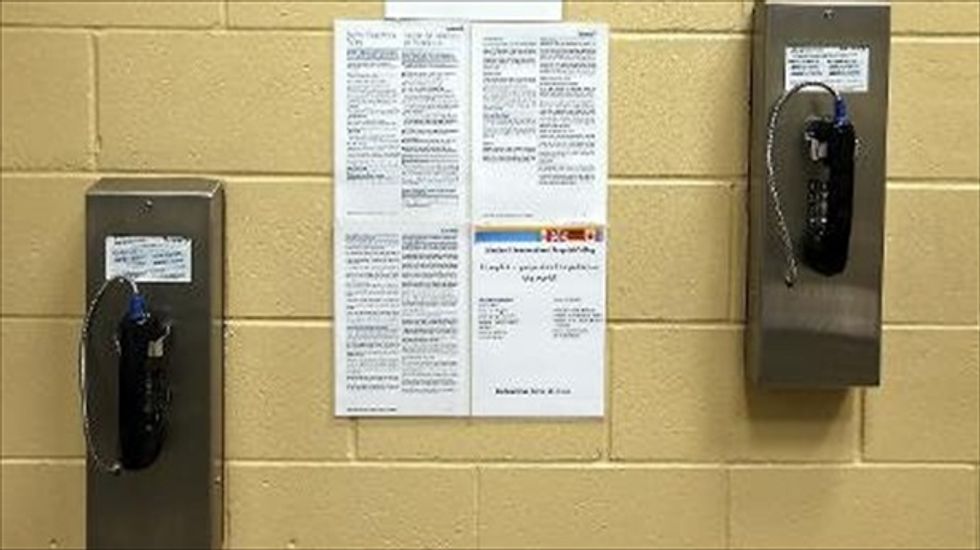 Pay phones for inmates are seen on a wall at the Fremont Police Detention Facility in Fremont, California [AFP]

America's plain old telephone network is rapidly being overtaken by new technology, putting US regulators in a quandary over how to manage the final stages of transformation.

Though the timing remains unclear, the impact of change and what it means for roughly 100 million Americans who remain reliant on the dated but still-functional system of copper wires and switching stations is up for debate.

The Federal Communications Commission is working toward drafting rules in January to formalize the IP transition -- switching communications systems to Internet protocol.

And while FCC Chairman Tom Wheeler hails the technological advance, he has also spoken of maintaining the "set of values" that was used to ensure America's universal phone service.

But some argue the government should step aside and allow the marketplace to keep moving toward digital standards, given that many consumers already use voice over Internet (VoIP) lines, mobile phones or various Web-based chat systems such as Skype instead of traditional telephone service.

"Almost everyone will be off this network in the next four years. It is a dead model walking," said Scott Cleland, of the research and consulting firm Precursor LLC, noting that three quarters of the transition is done.

Cleland, a former White House telecom policy adviser, said that even if people wanted to keep the old system, "they are not making the switches anymore for this. And the engineers they need to keep it alive are retiring."

As a result, Cleland said the question is not if, but when the last people will be phased out of the old system, though the transition should not be harmed by "burdensome economic regulations," such as mandates or price caps.

This is a key point for the FCC, which has long been the standard-setter for phone service and requires that it be made available and affordable to all.

AT&T, which decades ago had a virtual monopoly on phone services and still operates millions of miles of phone lines, has been pressing the FCC to accelerate the transition.

"Our current infrastructure has served us well for almost a century but it no longer meets the needs of America?s consumers," AT&T senior executive vice president Jim Cicconi said in a blog post.

By ending the so-called legacy networks, AT&T and other phone companies could save vast amounts needed to maintain and upgrade those systems.

A Georgetown University study estimated that regional telephone companies spent $81 billion on legacy network costs between 2006 and 2011, compared with the $73 billion spent on modern broadband infrastructure.

Anna-Maria Kovacs, a visiting scholar at Georgetown?s Center for Business and Public Policy, stressed that phone companies "must be allowed to repurpose the capital that is currently deployed to support their obsolete circuit-switched networks" during the switch to guarantee a competitive edge.

But fears remain that a transition will end a lifeline for some consumers, particularly in poor and rural areas, and that the social values embodied in phone regulations will fade away. FCC figures show about 40 percent of residential phone lines are on IP, but less than 10 percent of business lines.

"I don't want to stop technology, but we want to make sure we still have phone service for everyone, not just for people who live in cities who can afford it," said Harold Feld of the digital rights policy group Public Knowledge.

A coalition of consumer groups, including the National Rural Assembly and National Hispanic Media Coalition, filed comments with the FCC underscoring "the challenges of many rural Americans that do not have access to wireless and broadband services."

They encouraged the FCC "to prevent telephone companies from discontinuing plain old telephone service, especially in areas that have no other means of communication."

Feld said wireless and IP phones are useful, but don't match the reliability of copper landlines for everyday use.

Some of these problems became evident after Superstorm Sandy, when local operators declined to fix the old networks and encouraged people to move to new technology.

"It was not a stable system," Feld said.

Officials say the transition is likely to be gradual, without a hard deadline for flipping the switch to digital.