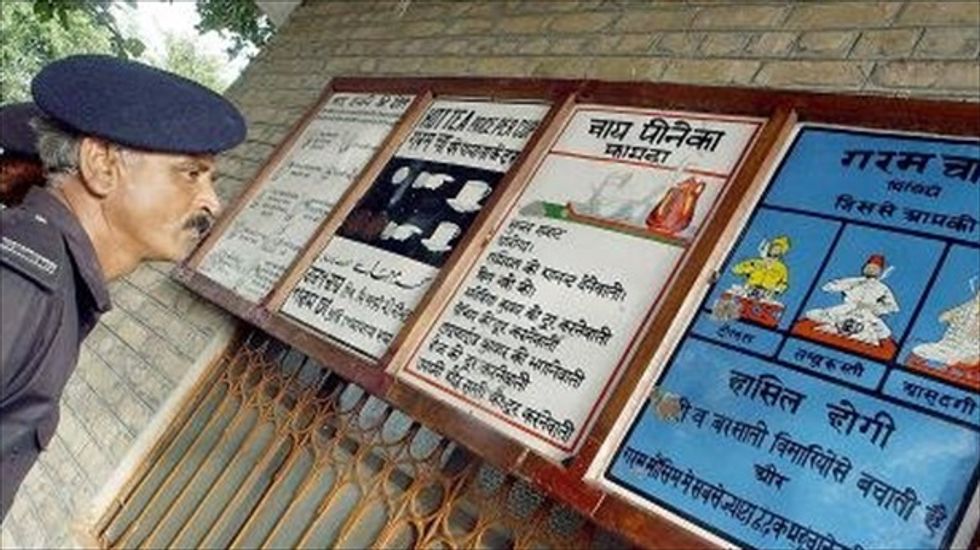 A 1920's ceramic display board with messages writen in Hindi, Bengali, Urdu and English language, kept on display in the Pakistan Railways Heritage Point in Golra Sharif railway station on the outskirts of Islamabad. [AFP]

People who speak two languages may be able to ward off dementia for years, regardless of whether they have the ability to read or not, according to a study Wednesday.

The study in the U.S. journal Neurology is the first of its kind to show that the protective effects of bilingualism can extend to people who are illiterate.

The researchers looked at a population of 648 people in India. All had been diagnosed with some form of dementia. Their average age was 66.

The differences persisted whether they were able to read or not. Fourteen percent of those in the study were illiterate.

The later onset of memory loss, including Alzheimer's disease and vascular dementia, was also seen regardless of factors such as education, gender, occupation and rural or city residency.

"Our study is the first to report an advantage of speaking two languages in people who are unable to read," said study author Suvarna Alladi, with Nizam's Institute of Medical Sciences in Hyderabad, India.

This suggests "that a person's level of education is not a sufficient explanation for this difference," she said.

"Speaking more than one language is thought to lead to better development of the areas of the brain that handle executive functions and attention tasks, which may help protect from the onset of dementia."

There was no additional protective effect against dementia among people in the study who spoke more than two languages, said the study.