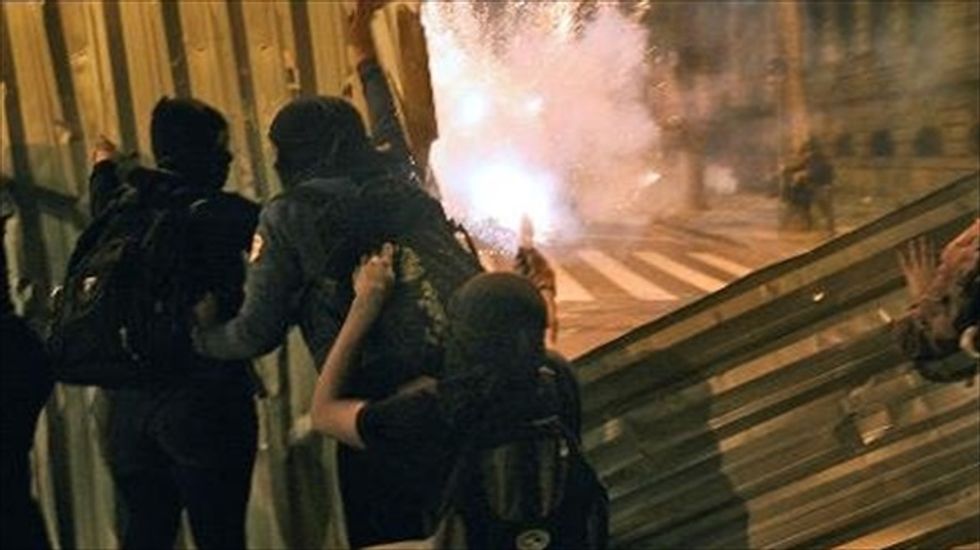 Demonstrators clash with the police as they protest in demand of better working conditions and against police violence, on 'Teachers' Day' on Oct. 15, 2013, in Rio de Janeiro, Brazil. [AFP]

Organisers on Tuesday called off the Soccerex global football convention in Rio de Janeiro after the state government withdrew support amid ongoing civil unrest, scuppering a meeting of some 4,000 of the sport's top decision makers.

"It is with great disappointment that we must confirm that the final Soccerex Global Convention in Brazil will now not be taking place.

"With the ongoing civil unrest, the Rio de Janeiro State Secretary of Sport took the political decision to withdraw their support from the Soccerex Global Convention," organisers announced in a statement adding they bitterly regretted the cancellation of the November 30-December 5 event and would seek compensation.

"To be summarily cancelled in such a cavalier fashion, having hosted 33 events over 5 continents is extremely frustrating but nevertheless it has happened and is in contravention of all of the contractual obligations of the Rio State Government, who have been notified of our intention to instigate legal proceedings for substantial compensation," the statement added.

Soccerex CEO Duncan Revie said: ?On behalf of all at Soccerex, I would like to apologize to every business, football club, league, federation and media organisation affected by this news. This unique and cruel conclusion to our time in Rio was completely out of our hands and everyone who has attended a Soccerex event over the last 18 years will know this is not how we do business."

Rio's Maracana Stadium was due to host the event just ahead of the draw for next year's World Cup in Brazil, the final of which will be played at the stadium.

Manchester will host the event for the coming four years from next September.

In parallel, Durban, South Africa, will host the Soccerex African Forum in November with further events planned for Russia and one in the Americas.