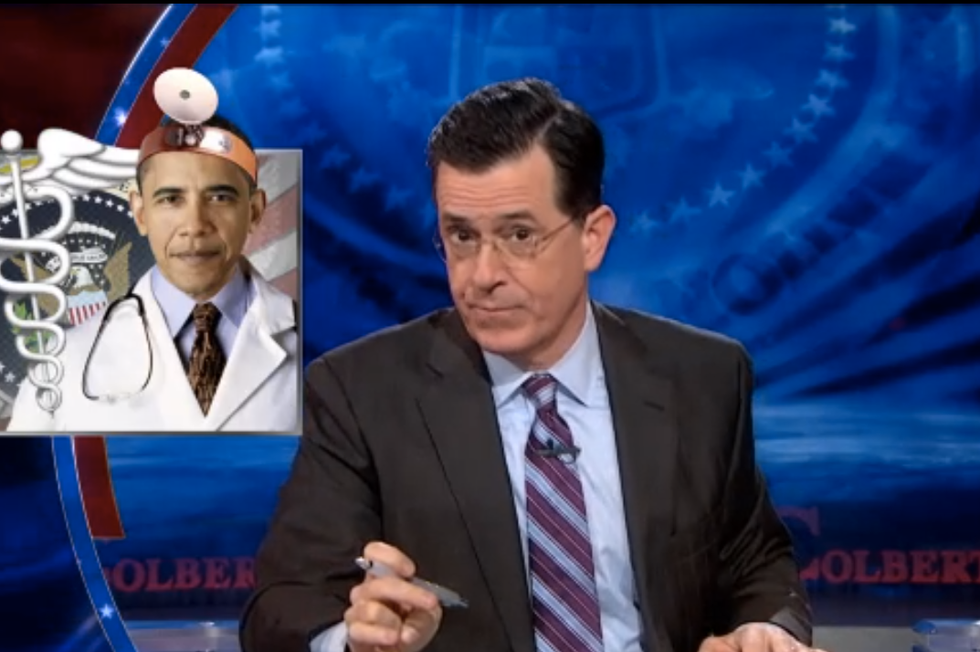 On Monday night, Stephen Colbert threw in his lot with President Barack Obama's detractors, saying that the difficulties rolling out the Affordable Care Act -- also known as "Obamacare" -- mean that the whole project to insure the uninsured and needy is a fool's errand and that liberalism is dead.

"We have not just Obamacare unravelling," Krauthammer said, "not just the Obama administration unravelling, not just the Democratic majority in the Senate, but we could be looking at the collapse of American liberalism."

He then re-enacted the collapse of liberalism, pulling out a MacBook and pretending to type happily away, proclaiming that he just came from the "social justice rally" and believes that everyone should have equal access to...what's this?

"I can't log on to Heathcare.gov!" he said, then raised his fist to heaven, shouting, "BURN THE GAYS! Burn them!"

And thusly, ladies and gentlemen, the American left went the way of the dodo. We hope that you've enjoyed it as much as we have. Raw Story will be taken over by Tucker Carlson's The Daily Caller some time this afternoon.