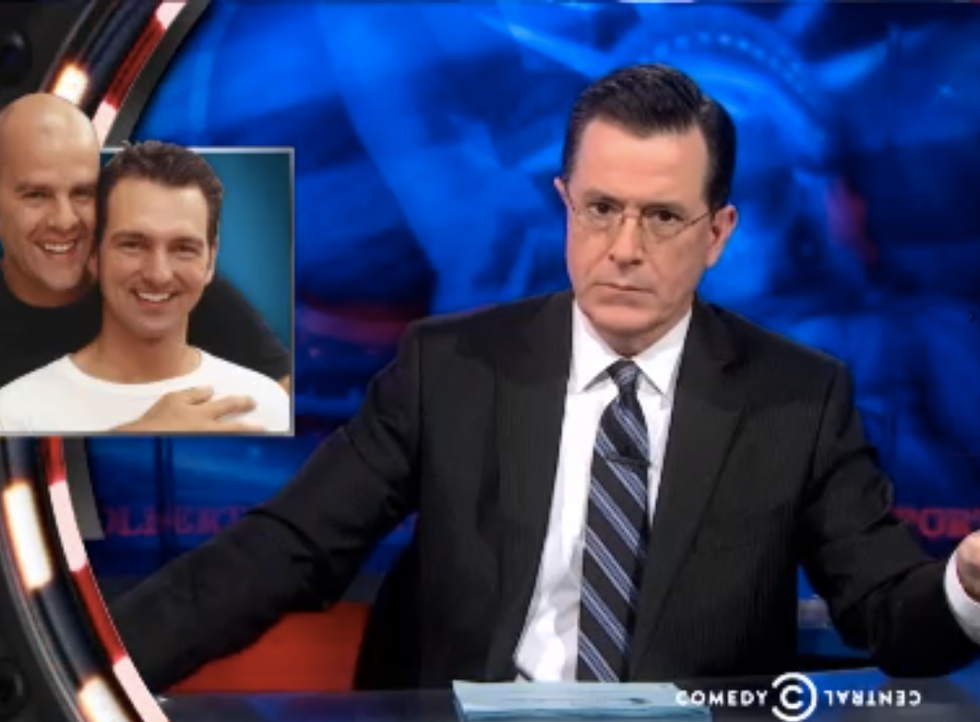 On Wednesday night's edition of this Comedy Central show, Stephen Colbert discussed the Russian ban on "gay propaganda" in the months leading up to the Winter Olympics at Sochi and the Putin government's attempts to stifle expressions of pride by LGBT Russians.

Colbert said that he loves the Olympics, if only because it's "one of the few times you can throw a spear in a stadium and not get arrested."

But also, he said, Russia has promised that security at the games will be extremely tight, given the threats the country faces, which Colbert enumerated as Chechen rebels, Islamic extremists and "rioting p*ssy."

"But, there's one group that's more dangerous than all of those combined," Colbert said, "the gays."

"Russia's Olympics are endangered by homosexuals who insist upon existing during them," he continued, which is why the government there instituted its ban on "gay propaganda," i.e., any mention of same sex relationships or attractions that does not denigrate them as perverse and unnatural, including the rainbow flag.

"Good thinking," said Colbert, "because the visible spectrum has always had a gay agenda."