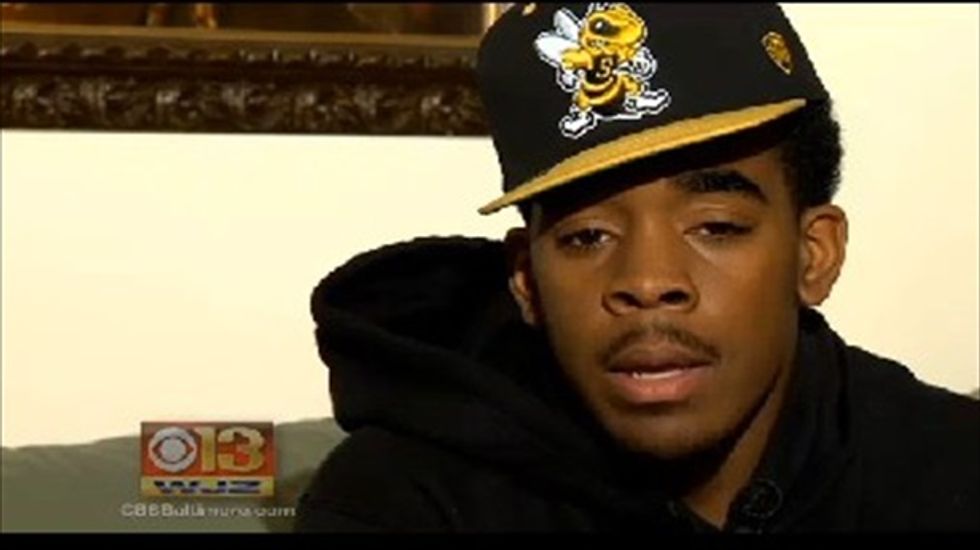 An 18-year-old college student was put in jail on a federal warrant after authorities reportedly did not believe visual and written evidence that they had the wrong man.

WJZ-TV reported that Jawon Johnson, a freshman at West Virginia State University, was pulled over last week by police in Havre de Grace, Maryland, for allegedly making an illegal U-turn, then taken to the Harford County Detention Center.

Johnson was apparently mistaken for Jawan Johnson, who is sought by authorities so he can testify in a Washington, D.C. burglary case.

"They arrested me and took me back to the station and showed me a picture of who the guy actually was," Jawon Johnson told the Baltimore Sun. "It wasn't me, but they said they still had to hold me until the [federal] marshals came and got me."

But even though Johnson knew David Lutz, the deputy marshal assigned to take him to federal court in Baltimore to confirm the error, he was still forced to wear handcuffs during transport.

"He's an upstanding young citizen," Lutz told the Sun. "Even if we trust the person or believe their story, you have to treat everybody the same."

According to WJZ, Johnson's family is considering seeking legal counsel, and his mother, Juanita Johnson, wants the arresting officer to be disciplined.

"I just felt like he was thrown in shark infested waters," she told WJZ. She also told the Sun that Havre de Grace officials did not inform her of her son's incarceration.

A police spokesperson, Jeff Gilpin, told the Sun that Jawon Johnson's birthday is the same as the man sought in the warrant, and that the two men's pictures were similar.

"When you have similar photos, name and date of birth, the stars looked aligned," Gilpin told the Sun. "We honestly thought everything was on the up and up."