Copy of Napoleon's will fetches $480,000 at Paris auction 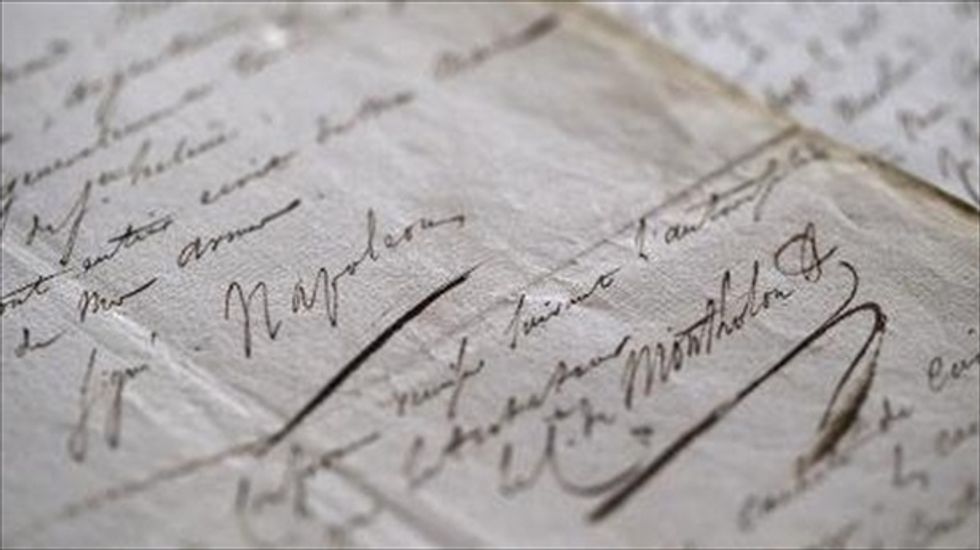 This file picture taken on Sept. 20, 2013 in Paris shows the signature of Napoleon Bonaparte on a copy of his will and testament written in 1821. [AFP]

The item went under the hammer at the Drouot auction house in Paris on Wednesday. It had been estimated fetch 80,000 to 120,000 euros by Artemisia Auctions, which organised the sale.

The document was handwritten by Napoleon's field assistant, the Count of Montholon, when the former emperor was in exile on the British island of Saint Helena.

"I want my ashes to rest on the banks of the Seine among the French people I loved so much," says in an amendment or codicil, written on April 16, 1821.

Napoleon died on May 5 that year at the age of 51.

In another amendment, he lists his possessions in Saint Helena, including furniture, jewellery, silverware, porcelain, weapons and books to be divided among his closest aides and his "good and dear mother."

The document was put up for sale by descendants of the Count of Montholon and was bought by an unnamed French businessman.

Napoleon personally wrote his own last testament, which is on display in the National Archives in Paris, but he had several copies made in case the British destroyed the original.