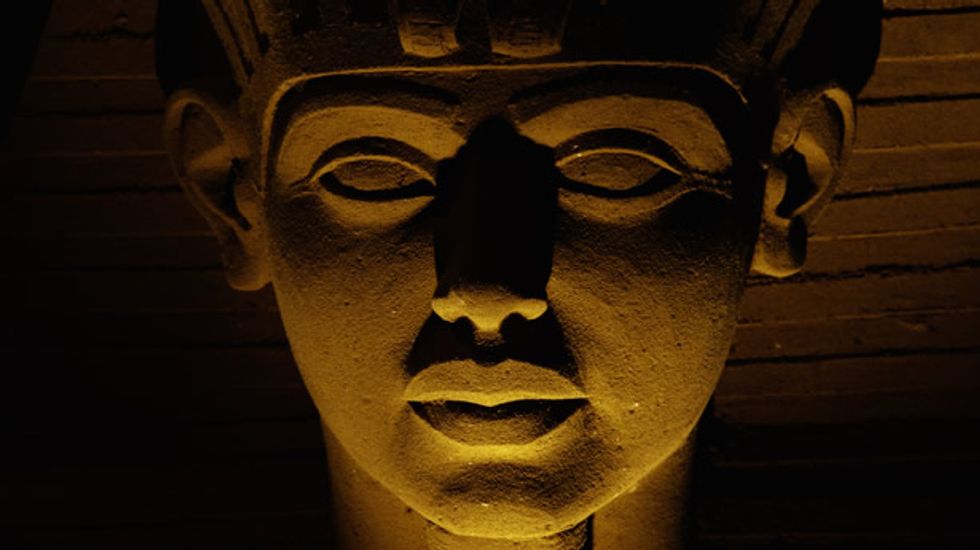 According to a Channel 4 documentary, evidence shows that the embalmed body of the most famous Egyptian pharaoh spontaneously combusted inside its sarcophagus.

"Tutankhamun: The Mystery of the Burnt Mummy" examines not only how the young pharaoh died, but what happened to his body after it was interred.

Egyptologist Chris Nauton, the director of the Egypt Exploration Society, and a team of car crash investigators ran computer simulations that lend credence to the increasingly accepted theory that Tutankhamun was killed in a chariot accident. The simulations showed that the injuries scaling down one side of his body are consistent with a high-speed collision.

But it is the possibility of a botched mummification and its consequences that really interest Nauton.

"Despite all the attention Tut’s mummy has received over the years the full extent of its strange condition has largely been overlooked," he said. "The charring and possibility that a botched mummification led the body spontaneously combusting shortly after burial was entirely unexpected, something of a revelation in fact."

Nauton discovered a post-mortem exam from the 1960s in which a scanning electron microscope indicated that the mummy's flesh was burnt. His research discovered that the embalming oils used at the time of Tutankhamun's death can, in the presence of oxygen and treated linen, cause a chemical reaction capable of "cooking" a human body.

The documentary airs on Sunday, November 10 in the U.K.