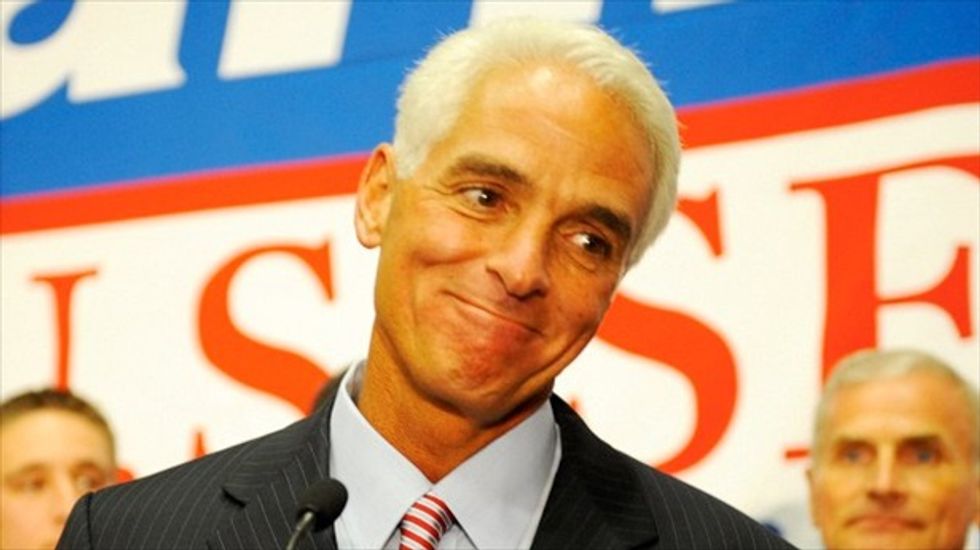 Crist, who officially joined the Democratic Party in December 2012, announced on Facebook Friday afternoon that he would be holding a public event in St. Petersburg, saying, "We're going to talk about how we move our state forward." Crist would be considered the presumptive favorite for the Democratic nomination over 71-year-old state Sen. Nat Rich (D).

The AP also reported that state Republicans have already been attacking the 57-year-old former governor via online and broadcast ads as far back as September 2012, a development that Crist said he found "weird."

"I've never had that kind of assault laid on me when you're not even a candidate yet," Crist told the AP in an October 2013 interview. "It's a little peculiar. I don't have any fear. I really don't."

The Tampa Bay Tribune reported that the latest GOP attack ad, aired this week, features quotes from other Democrats criticizing Crist for both his performance as governor and his change of parties.

Crist served as governor between 2007 and 2011, before being succeeded by Scott, by which point Republicans were already criticizing him in part for supporting President Barack Obama on some policy issues. He subsequently lost a senatorial campaign as an independent to Tea Party favorite Sen. Marco Rubio (R-FL).