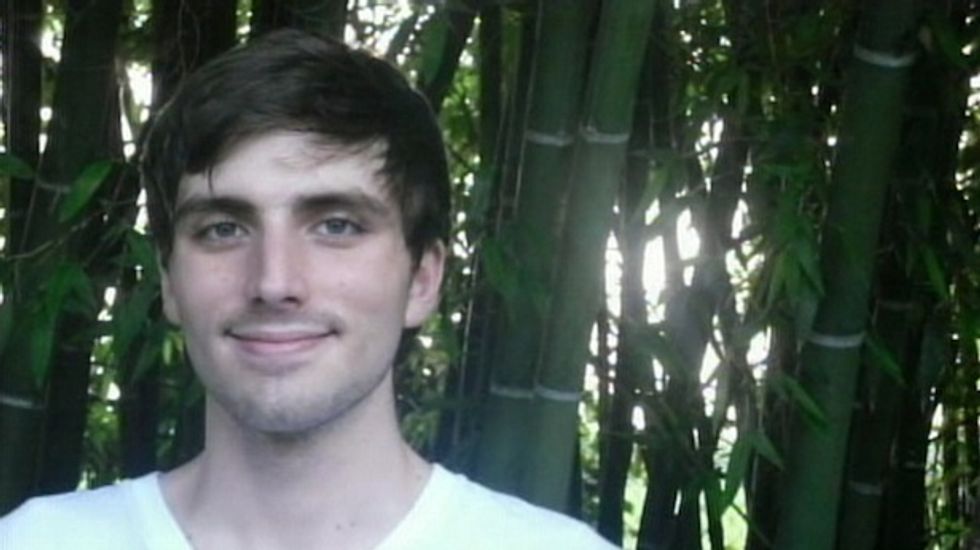 Videotape finally obtained by the family of a Washington man who died while in police custody on a misdemeanor drug charge appears to support their claims that he’d raised concerns about the breakfast that ultimately killed him.

Michael Saffioti, 22, turned himself in July 2, 2012, on an outstanding warrant after missing a court appearance for marijuana possession.

The following morning, as inmates were served breakfast, Saffioti can be seen on surveillance video holding his tray and standing near the guard’s desk.

Saffioti suffered from a severe dairy allergy, and the video shows him taking a few bites of oatmeal after speaking to the guard, servers and other inmates.

The video, which Saffioti’s family were told in November 2012 did not exist after filing a request, shows Saffioti a few minutes later back at the guard’s desk, using his inhaler.

He was sent back to his cell, although attorneys for Saffioti’s family claim he requested to see a nurse.

The video shows other inmates looking into Saffioti’s cell over the next half hour as he jumped up and down, and his family claims he pressed the call button for assistance but was ignored.

A guard found Saffioti unconscious in his cell about 35 minutes after he ate breakfast and nurses attempted life-saving maneuvers until an ambulance arrived, and he was taken to a hospital, where he was later pronounced dead.

Saffioti’s family filed a $10 million lawsuit Oct. 2, claiming the inmate was denied adequate and timely medical care and a special diet tray while he was held in Snohomish County Jail.

Attorneys for the family discovered a reference to the videotape in a report from the death investigation, and began pressuring the county to release the evidence authorities had previously denied existed.

A jail records supervisor told attorneys in August that the video did exist and a copy would be mailed, although the video never arrived.

When a copy was finally handed over to attorneys, they found it covered only a 41-minute period after Saffioti had collapsed.

The attorneys say the video backs up statements from other inmates about the events leading to Saffioti’s death.

Attorneys said the video they requested was turned over only after they filed the lawsuit, which seeks $100 penalties for each day the records were not turned over, as well as attorney fees.

Saffioti had been held at the jail previously, so attorneys said guards should have had a medical file that indicated his severe allergy to dairy products.

"Our theory is that they absolutely knew about Michael's medical needs," said attorney Cheryl Snow.

"We know that he asked questions and made inquiries and he was assured the oatmeal in the food was safe for eating," Snow said.

She also claims that she was prevented from interviewing officials from the Snohomish County Medical Examiner's Office and Everett firefighters who responded to the medical emergency.

"Instead of us having transparency we have come up against a brick wall," Snow said.

Saffioti is one of eight people who have died at the jail since 2010, including a 27-year-old woman whose family also filed a $10 million wrongful death suit claiming authorities did not provide adequate medical care to the Everett mother who died from a pulmonary infection in 2011.