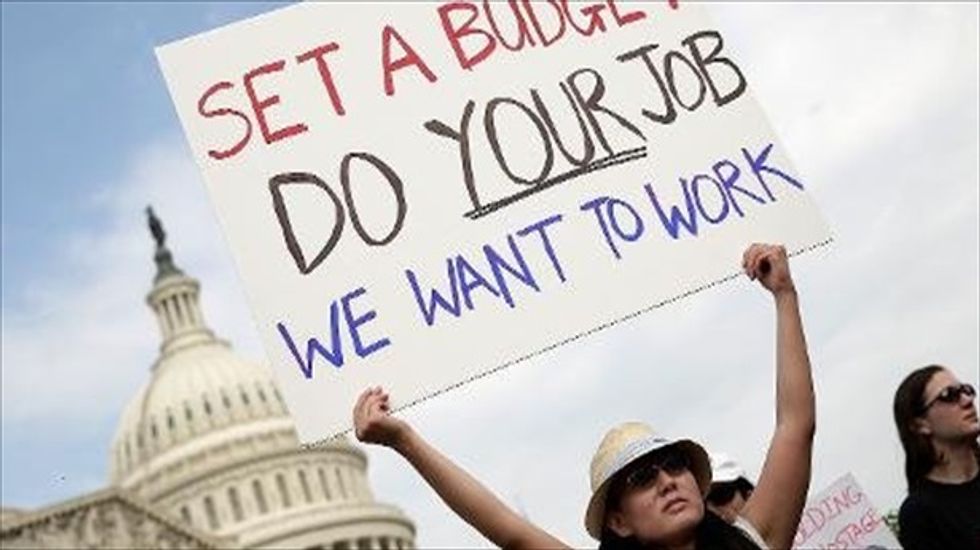 The 16-day US government shutdown cost 6.6 million in lost workdays for furloughed federal workers, amounting to $2.0 billion in lost productivity, the White House said Thursday in a report.

The Office of Management and Budget survey charted the deep and wide impact of the shutdown across the economy, ranging from delays in approving home loans, missed food safety inspections and a delayed fishing season in the Alaskan crab grounds.

The report was published as the White House steps up warnings that fourth quarter economic growth will be hard hit by the shutdown, caused when Congress failed to agree on a government operating budget by October 1.

It also came before the release of the latest monthly employment report by the Labor Department on Friday, which could show a slowdown in job creation due to the government closure and uncertainty over a near debt default caused by a political meltdown between Republican lawmakers and the White House.

Since employees were paid after the government went back to work in mid-October after a compromise was worked out between the White House and Republicans in Congress, the government was forced to pay its workforce for work that was never performed.

"We estimate that the total cost of pay for furloughed Federal employees during the period of the shutdown is roughly $2.0 billion," the report said.

The shutdown was the second longest since 1980 and the most significant on record, measured in terms of employee furlough days, the report said.

The survey reiterated previous estimates by the White House and outside experts that the shutdown could reduce fourth quarter GDP by 0.2-0.6 percentage points and may have meant that 120,000 fewer private-sector jobs were created during the first two weeks of October.

Among the many results of the shutdown, Alaskan crab fisherman lost thousands of dollars a day as their season could not open on time as government officials were not able to set quota sizes.

US National Parks which were closed during the shutdown lost $500 million in lost visitor spending, the report said.

And the report said the shutdown forced the NASA space agency and the National Institutes of Health to furlough four out of five Nobel-prize wining researchers employed by the government.

The White House, grasping for any good news during a grim political run, meanwhile seized on new government figures showing a surprise spurt of economic growth.

Jason Furman, chairman of the Council of Economic Advisors, said the 2.8 percent annualized pace of GDP growth in the third quarter showed the recovery was gathering pace.

But he warned that the government shutdown saga would hit future growth -- and implicitly blamed Republicans.

"During the third quarter, the economy grew at its fastest pace in a year, an indication that the recovery was continuing to gain traction in the months before the government shutdown," Furman wrote in a White House blog post.

"We now have an opportunity to build on this progress by increasing certainty for businesses and investing in jobs and growth, while avoiding the types of self-inflicted wounds that restrained the economy in the early part of the fourth quarter."

Official fourth quarter growth figures will not be available until early next year.

The figures published by the Commerce Department Thursday surprised analysts who had banked on a 1.9 percent figure.

They offered a rare moment of optimism for a White House battered by controversies over the botched launch of the new Obamacare health insurance law and a National Security Agency spying row fueled by leaks by fugitive US contractor Edward Snowden.

President Barack Obama will be likely to address the growth spurt, and blame Republicans for holding the US economy hostage, when he travels to New Orleans on Friday to give a speech on the economy.