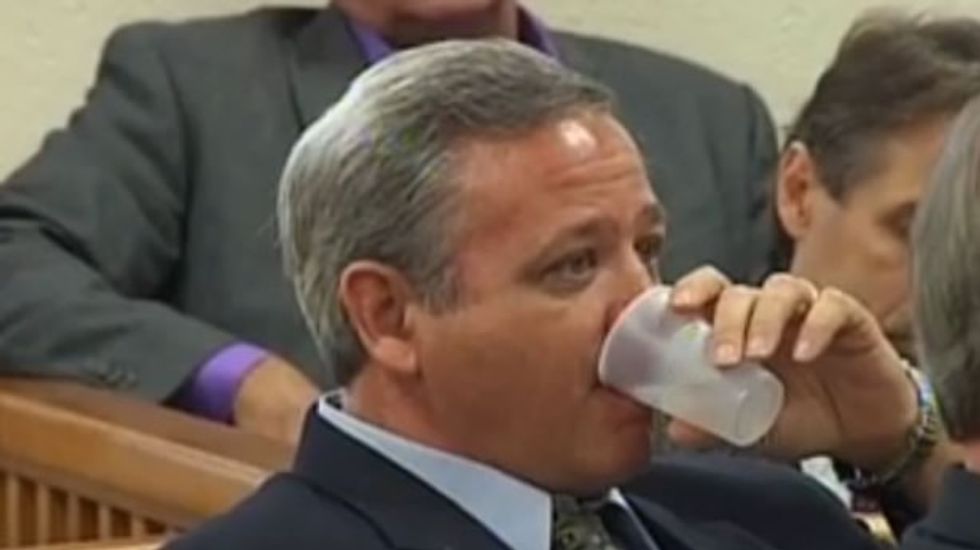 Jury selection in the trial of suspended Liberty County, Florida Sheriff Nick Finch -- who is accused of illegally acting on behalf of a man arrested on a concealed weapons charge -- began today.

Finch was arrested after it came to light that he helped Floyd Parrish, who had been pulled over on suspicion of drunk driving and was found to be carrying a concealed weapon without a permit. According to the arrest warrant, Sheriff Finch took the arrest file from Sgt. Lisa Smith, freed Parrish, and told Sgt. Smith not to file any charges.

He told the John Birch Society publication The New American that "[w]hen I ordered him released from the holding cell I [said] that he has a right to carry a gun under the Second Amendment, and so I let him go."

Parrish's mugshot had already been taken, however, and his name entered into the arrest log. That log was later whited out, prosecutors allege, by Finch or someone working under his orders. Video tapes of Parrish's arrest and the initial stages of his booking were later found to have been recorded over.

In a statement released by his Attorney, Finch claimed that "[t]he records at the jail show exactly what happened in this case and the records speak the truth. The sheriff looked at the facts and said 'I believe in the second ammendment [sic] and we're not going to charge him.' That is not misconduct at all. That is within the Sheriff's perogative [sic] whether to charge someone or not."

Finch, who was elected in 2012, is accused of one count of official misconduct, a felony, but gun rights activists have rallied to his defense, going so far as to hold a fundraiser for him.

Sheriff Richard Mack, the Arizona leader of the fringe-right Constitutional Sheriffs and Peace Officers Associations, organized the fundraiser, and in an email to his followers, wrote "Sheriff Finch did exactly what all of us have been hoping and praying for now for so many years; he nullified a gun charge and the arrest of a law-abiding citizen. So the State, under the direction of one corrupt deputy Attorney General [Willie Meggs] with complicity of an equally corrupt FL Governor, actually arrested and removed from office the duly elected Sheriff of Liberty County, Florida."

Governor Rick Scott has been deluged with emails asking that the charges against Finch be dropped or vacated.

Watch a report from WJHG below.