Gandhi's spinning wheel up for auction in Britain 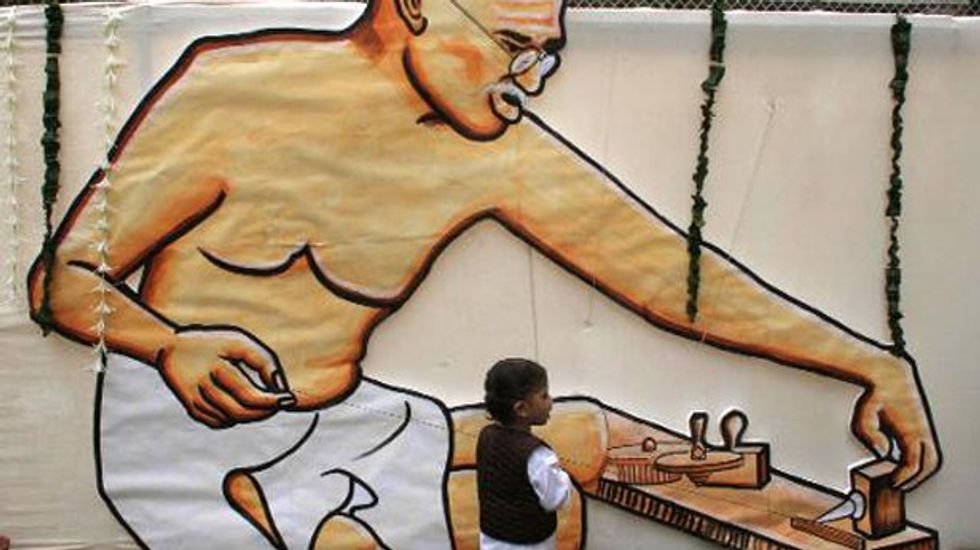 A spinning wheel used by Indian independence leader Mahatma Gandhi when he was in prison in the 1920s is up for auction in Britain on Tuesday.

Gandhi used the wheel, called a charkha in Hindi, to make his own clothes while he was imprisoned by the British colonial government of India for two years, auctioneers Mullock's said in a statement.

The wheel is expected to fetch £60,000 in the auction in Shropshire in western England, where it is on sale along with about 60 other Gandhi artifacts.

The spinning wheel became an important symbol of Gandhi's ideas: he spun his own cloth and encouraged others to follow suit, considering this a key part of his anti-colonial philosophy of self-reliance, known as "swadeshi".

Spinning became symbolic of how India should base its economy, in his view -- on village-based craft instead of industrially-produced cotton often imported from mills in Britain.

Gandhi, who was famously ascetic, also spoke of spinning as a means of meditation.

A draft of the will of the national hero -- who was assassinated in 1948, less than a year after India secured independence -- is also going under the hammer and is expected to fetch £30,000.

The US magazine Popular Science wrote in 1931 of how Gandhi had invented a portable spinning wheel that "folds into a bundle about the size of a portable typewriter and has a handle for carrying".

"Gandhi worked out the details of this machine, it is reported, while he was confined to the Yerwada jail in India for his 'civil disobedience' campaign," the magazine added.

Earlier this year, a letter written by Gandhi sold for £115,000, Mullock's said, while a collection of personal items including sandals and a shawl sold for more than £250,000.