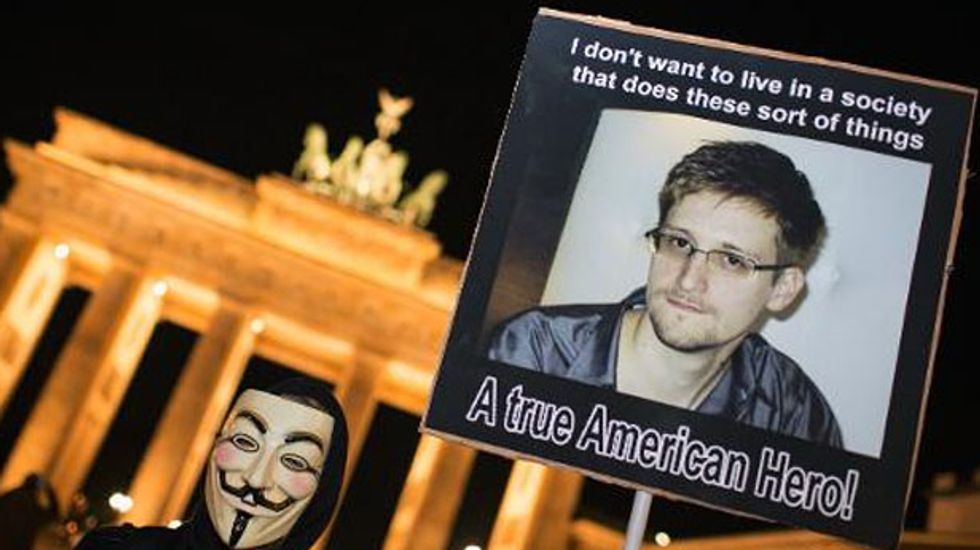 German MPs would like US intelligence leaker Edward Snowden to be questioned in Russia on US espionage revelations that have included the tapping of Chancellor Angela Merkel's phone, a lawmaker said Wednesday.

A German parliamentary committee overseeing the secret services unanimously decided to ask the government to examine the possibility, provided it does not create "difficulties" for Snowden in Moscow, its chairman Thomas Oppermann said.

"Questioning in Germany is not up for debate at the moment," he told reporters after a meeting of the committee, adding it could not be guaranteed that Snowden would not be extradited to the US.

Snowden was granted asylum in Russia in August to the fury of the United States where he is wanted on espionage charges following disclosures that have provoked international uproar.

German Interior Minister Hans-Peter Friedrich said the possibility of questioning Snowden in Russia would be examined. "We'll now check that in the government," he said.

"If a questioning of Mr Snowden, be it by representatives of the Bundestag lower house of parliament or the federal prosecutor's office, in Russia is considered reasonable, the government will, in the framework of its possibilities, support that," he told reporters.

The former US National Security Agency (NSA) contractor has said he is ready to help a German probe into US spying.

And on Saturday, a Kremlin spokesman said Snowden was free to speak with whomever he chooses, including foreign authorities, under his temporary refugee status.

The heads of Germany's foreign and domestic intelligence services also briefed the committee members on their recent talks with US officials in Washington, including on a No-Spy Agreement between Germany and the US.

The planned accord offers the "one-off opportunity to win back trust that has been lost", Merkel's chief of staff Ronald Pofalla said.

Seibert stressed to reporters that, for Germany, the transatlantic alliance is of "extremely high value" in security and foreign policy terms.