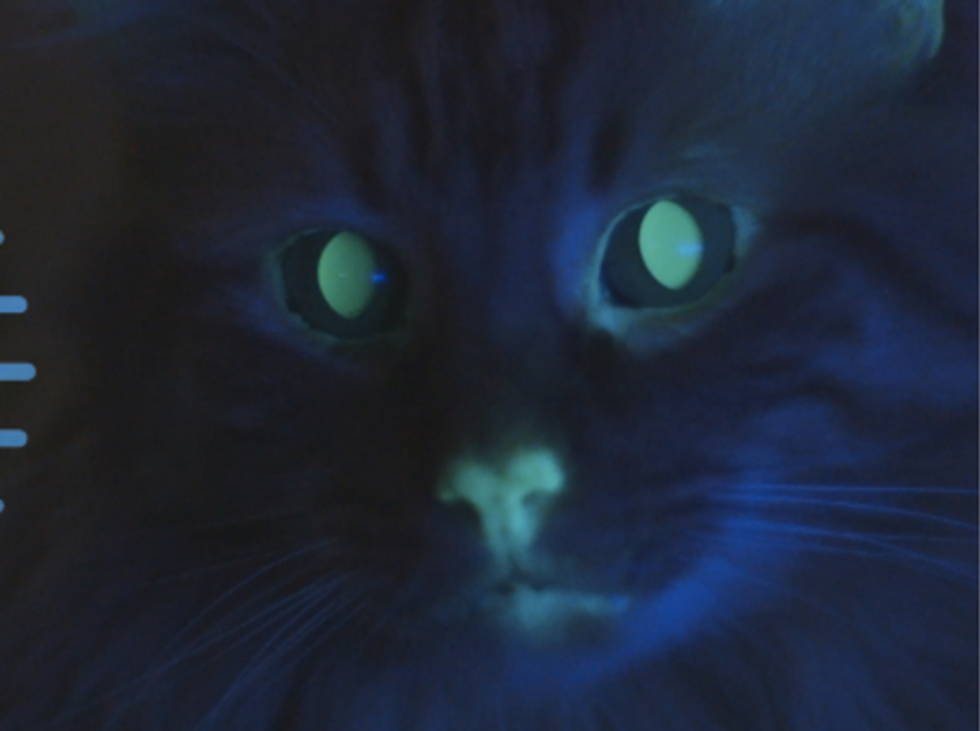 Benjamin Franklin wrote in 1745 that "in the dark all Cats are grey," but at the Audubon Center for Research of Endangered Species (ACRES) in New Orleans, LA, some cats are fluorescent.

According to science and technology website TheVerge.com, researchers at the facility are pioneering the preservation of threatened species through the pioneering use of cryopreservation, in-vitro fertilization and cloning.

"As far as I know, every species of non-domestic cat is under some threat," said ACRES' senior scientist Dr. Earl Pope to TheVerge.com. Trapping by poachers, destruction of habitat by developers, climate change and interbreeding with domestic cats have all been factors in the decline of wild cat species around the world. The Audubon Center is doing its best to counteract these forces through some of the most advanced research ever into cat species.

The center has made headlines before. In 2008, the world was introduced to "Mr. Green Genes," a cloned ginger tomcat that glows bright green under ultraviolet light. The purpose of the experiment was to demonstrate that scientists can create genetic "markers" for diseases like cystic fibrosis and start early intervention gene therapies on the sick animals.

The center is most known for its in-vitro fertilization work, in which scientists implant fertilized endangered cat embryos in domestic female cats.

The center has come under criticism for the expense and difficulty of performing its trial breeding and preservation programs, but Pope believes that the effort is worth it.

"We are so inefficient at what we do, and there is so much more work to be done," he said to TheVerge. "But it does make you realize the potential is there, and it can and it will be done in the future, more and more of it. I firmly believe that."

The center was named for French-American naturalist and ornithologist John James Audubon, who did pioneering work in species identification, classification and the study of nature.

Watch video about this story, embedded below via TheVerge.com: