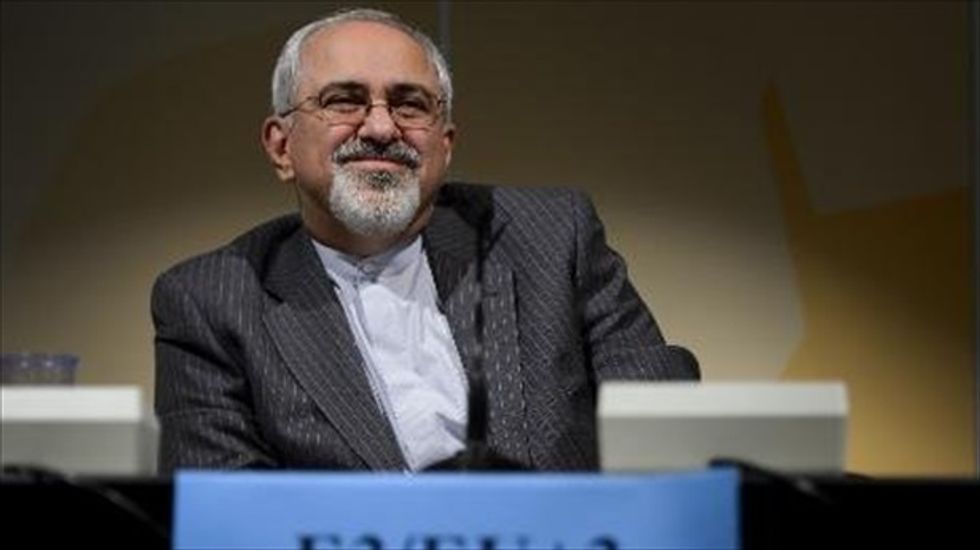 A fresh round of talks on Iran's disputed nuclear programme kicks off in Geneva on Thursday with Tehran saying a deal may finally be possible in the long-running standoff.

In their second meeting here in less than a month, negotiators from the United States and other world powers will sit down with Iran for two days in the hopes of hammering out a framework agreement.

With Iran anxious for relief from crippling economic sanctions, Western negotiators will be pushing Tehran to accept constraints on its nuclear programme.

Iranian Foreign Minister Mohammad Javad Zarif sounded a note of optimism ahead of the talks, saying he thought a deal could be within reach.

"I believe it is even possible to reach that agreement this week," Zarif told France 24 television on Tuesday. "But I can only talk for our side, I cannot talk for the other side."

The meeting is the second since President Hassan Rouhani took office in August pledging to resolve the nuclear dispute and lift sanctions by engaging with world powers.

Seizing the opening would allow the West to finally build bridges with Iran after decades of hostility, and could open the door to engaging with Tehran on other issues like the conflict in Syria, where Iran has backed President Bashar al-Assad against the anti-regime insurgents.

Last month's talks in Geneva -- held in English for the first time -- saw Iran reportedly outline a two-stage process that would resolve the dispute within a year.

Speaking to journalists in Geneva on the eve of the talks, a senior US official said Washington is willing to offer Iran limited sanctions relief if it agrees to take a "first step" to stop advancing its nuclear programme.

"What we're looking for now is a first phase, a first step, an initial understanding that stops Iran's nuclear programme from moving forward... and that potentially rolls some of it back," said the official, speaking on condition of anonymity.

"We are prepared to offer limited, targeted and reversible sanctions relief. We are not talking about touching the core architecture of the Iranian sanctions regime in this first step," the official said.

The official refused to give details of the offers on the table, but said the first stage would "put time on the clock" to negotiate a final agreement.

World powers are represented at the talks by the so-called P5+1, the five permanent members of the UN Security Council -- Britain, China, France, Russia and the United States -- plus Germany.

The group has held years of talks with Tehran on its uranium enrichment, which Western powers suspect may be aimed at developing nuclear weapons.

Iran has repeatedly denied this, insisting its nuclear programme is only for generating electricity and for medical purposes.

The country has however enriched uranium to 20 percent purity, which is only a few technical steps short of producing weapons-grade material.

Even if negotiators can reach a deal, both sides will have to overcome deep scepticism among hardliners opposed to any compromise.

Israel has staunchly opposed easing sanctions and its supporters in the US Congress could come out against even marginal concessions to Iran.

After talks with US Secretary of State John Kerry in Jerusalem on Wednesday, Israeli Prime Minister Benjamin Netanyahu reiterated the concerns.

"I?d be very worried of any partial deals that enable Iran to maintain those (nuclear) capabilities but begin to reduce sanctions... this could undermine the longevity and durability of the sanctions regime," he said.

In Iran, the nuclear team has come under fire from hardliners wary of any deal that would limit the country's nuclear ambitions, prompting supreme leader Ayatollah Ali Khamenei to throw his weight behind negotiators.

"No one should see our negotiating team as compromisers," Khamenei said on Sunday, adding that they needed national support in their "difficult mission".

Khamenei also said he was "not optimistic" about the negotiations, but experts said his clear endorsement of the negotiators was a sign Tehran is taking the talks seriously.

"Khamenei coming out in this way was an important morale boost for the negotiating team and an indication that they do speak for him," said Siavush Randjbar-Daemi, a Middle East and Iran lecturer at the University of Manchester.

But he cautioned that "Khamenei's support should not be seen as a blank cheque. It's a cheque that has an expiration date."