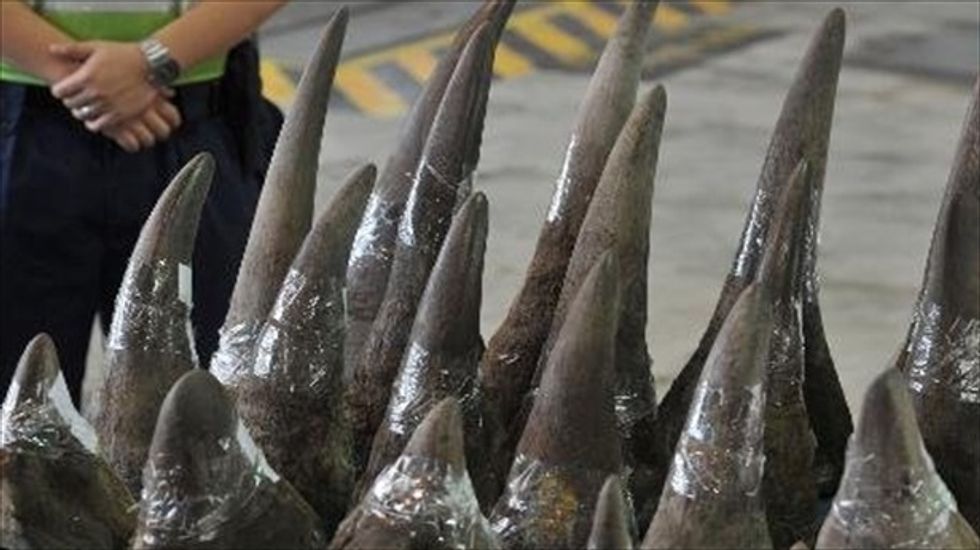 Hong Kong returned a consignment of seized rhino horns and elephant tusks worth $2.25 million (1.66 million euros) to South Africa on Wednesday, authorities said, as poaching for the Asian black market continues to escalate.

The contraband of 33 rhino horns, 758 ivory chopsticks, and 127 ivory bracelets arrived at Johannesburg's OR Tambo International Airport after over a year of negotiations.

"It's a first for us," Colonel Johan Jooste of the Hawks special branch of police said of the consignment.

South Africa, whose 25,000 rhinos make up 80 percent of the global population, has been especially hit hard by poaching.

Over 890 rhinos have been poached this year, already 200 more than the number of animals slaughtered in 2012.

The horns, made from the same material as human finger nails, are a popular status symbol in Asia.

South Africa has deployed the army in the world-famous Kruger National Park, and nature reserves have cut off the horns or injected them with ink to curb the hunt, but with little success.

Hong Kong is the main entry point to Asia for the smuggled goods, according to the authorities.