How many Americans actually believe the earth is only 6,000 years old? 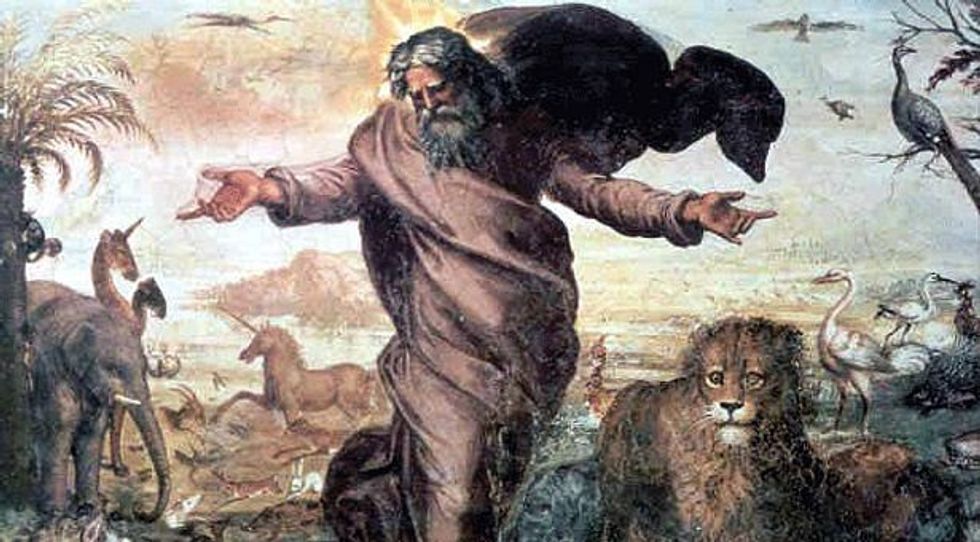 For thirty years, Gallup has been asking Americans their views about evolution and human beings, and the results have been remarkably consistent and stable.

Last year, Gallup once again reported that nearly half of the country believe the Biblical version of events: "Forty-six percent of Americans believe in the creationist view that God created humans in their present form at one time within the last 10,000 years."

The Bible doesn't actually say how long ago the account of creation in the book of Genesis was supposed to have taken place. But in 1650, Church of Ireland Archbishop James Ussher used the stories of the Old Testament to calculate that the world had been created on Sunday, October 23, 4004 BC. His wasn't the only calculus based on the Bible, but it became the most popular and is still influential with creationists today.

And according to Gallup, that calculation is still so popular, nearly half of America believes it describes the age of the earth.

But Josh Rosenau, with the National Center for Science Education, wrote this week that very different results emerge when slight changes are made to the questions that Gallup asks, and the actual number of "young-earth creationists" in the U.S. is probably much lower than Gallup claims.

Rosenau points out that the Gallup poll specifically asks about human origins, and does so in a religious context. But if Americans are asked if they believe whether plants and animals have evolved over millions of years (regardless of the reason why), a substantially higher number say yes -- 60 percent did in a 2009 Pew poll, for example.

Removing religious context and human origins, people are much less likely to say that we're living on a young earth. In another 2009 survey, only 18 percent agreed with the statement that "the earth is less than 10,000 years old," for example.

But Rosenau thinks the number of truly committed young-earth creationists is even smaller than that.

Since the early 1980s, the National Science Board has asked Americans if they accept the idea that the continents have been moving for millions of years -- and 80 percent agree. Ten percent say they don't know, and only another ten percent firmly reject it.

"In short, then, the hard core of young-earth creationists represents at most one in ten Americans --- maybe about 31 million people -- with another quarter favoring creationism but not necessarily committed to a young earth," Rosenau concludes. "One or two in ten seem firmly committed to evolution, and another third leans heavily toward evolution. About a third of the public in the middle are open to evolution, but feel strongly that a god or gods must have been involved somehow, and wind up in different camps depending how a given poll is worded."

House Minority Whip Steve Scalise (R-LA) is being criticized and mocked after posting a tweet insisting Americans should be "outraged" by the Democrats' voting rights bill that passed the House Wednesday night by a slim 220-210 margin. His tweet caused "outraged" to trend on social media.

The bill, HR1, protects and expands the right to vote and has been met with fear-mongering, lies, and twisted "facts" from the right. Republicans know the more Americans vote, the less likely GOP candidates are to win elections, as an RNC attorney told the Supreme Court this week.