Improvised rocket launchers fired near U.S. base in Japan 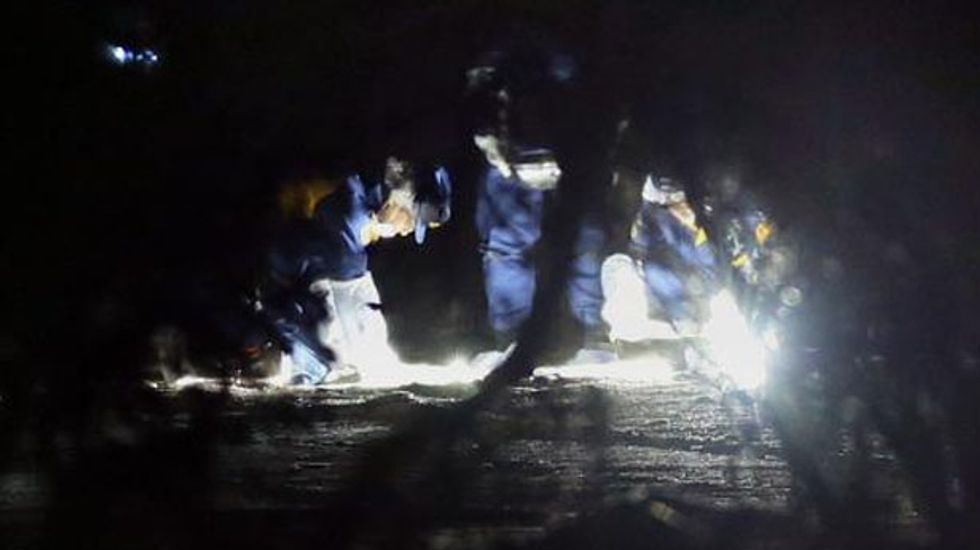 Improvised rocket launchers were fired close to a US airbase near Tokyo, police and the American military said Friday, with suspicions falling on one of Japan's small ultra-leftist groups.

No-one was hurt and no damage was done in the incident, which media reported came just hours after the arrest of a senior member of a radical faction, and followed a pattern seen four years earlier.

"The incident occurred at 11:30 pm on Thursday. Flying objects were launched near the US military's Yokota Airbase," a spokesman for Tokyo Metropolitan Police said.

"Several reports were made by neighbours that they had heard explosions at about 11:30 pm. Police discovered two steel pipes, two wires, batteries, and so forth.

"No damage has been reported so far and police have not found the projectiles."

Local media reported the pipes were buried in the ground, with the upper end pointing in the direction of Yokota Airbase.

A statement from the US military confirmed the presence of "an improvised mortar launch outside Yokota".

"There were no injuries and thus far we have found no damage or impact points here on base. We take matters of security at our installation very seriously and we are assisting" police, it said.

There have been no claims of responsibility, but police believe it may have been a guerrilla attack by extreme leftists, Jiji Press and other media said.

Broadcaster NTV reported police were concentrating their investigations on the Revolutionary Labourers' Association Anti-Majority Faction because the incident came just hours after they arrested a top-ranking member on Thursday.

Japan's politics is generally moderate, although there are vestiges of the radicalism on both left and right that abounded in the 1960s and 1970s.

At that time Japan was in the middle of a decades-long period of blistering economic growth as the ruined and largely rural country that emerged from the defeat of World War II rose to become the globe's second largest economy.

One of the most infamous groups was the United Red Army which, despite its small size, gained notoriety for its extreme brutality.

A linked group, the Japanese Red Army, operated from Lebanon in tandem with Palestinian militias, carrying out high profile terror attacks including a massacre at Israel's Lod airport and hijackings of Japan Airlines planes.

Japan is host to almost 50,000 US service personnel and their families. The two countries have a mutual defence agreement that, in practice, means Tokyo is given shelter under Washington's significant security umbrella.

But many people in Okinawa, where the bulk of US troops are based, resent their presence and an increasingly vocal campaign wants them to leave. However, reports of violence to this end are not common.

In a 2012 agreement, the United States said it would pull 9,000 Marines out of Okinawa -- 4,000 of whom would go to Guam and 5,000 to Hawaii and on rotations to Australia -- as it seeks to ease a long-running standoff over the future of its huge military presence in one of its top Asian allies.

The planned Marine move, which is due to begin in the early 2020s, is part of a wider rebalancing of US military assets in the region under President Barack Obama's trumpeted "pivot" to Asia.

Thursday's incident also comes as tensions run high in the region between China and Japan with the focus on a group of disputed islands in the East China Sea.