Iran sticks to 'Death to America' on embassy takeover day 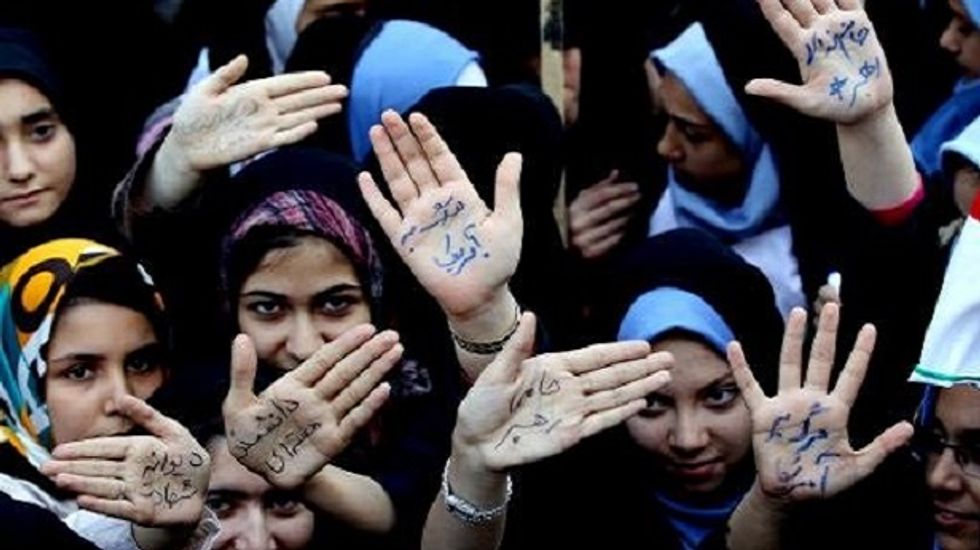 Iran on Monday marks the anniversary of the 1979 US embassy takeover with its customary "Death to America" chants despite a taboo-breaking telephone call between their presidents.

Iran marks the takeover anniversary in a state-organised ceremony each year.

Hardline organisations, including the Basij militia, have called for a massive turnout this year in response to new President Hassan Rouhani's overtures towards Washington.

Two thirds of Iran's MPs have said they plan to attend the event held in front of the "Den of Spies" -- the U.S. compound turned into a museum showcasing American "crimes" against Iran.

The "Death to America" slogan is "the manifestation of our nation's determination and resistance against the dominance of oppressive and untrustworthy America," the powerful Revolutionary Guards said on Saturday.

The Guards said in a statement that the current row between Europe and Washington over alleged US spying on its allies was proof that Washington cannot be trusted.

This year's ceremony comes after Rouhani, who has pledged to improve ties with the West, held a historic telephone conversation with President Barack Obama on the sidelines of the UN General Assembly in September.

It was the first direct contact between leaders of the two countries in more than three decades, raising hopes of a rapprochement while provoking criticism from hardliners at home against overtures towards the "Great Satan."

"The Americans smile and express a desire for negotiations; on the other hand, they immediately say that all options are on the table," Khamenei said Sunday.

"We should not trust a smiling enemy," he said, warning Iran's nuclear negotiating team engaged in fresh talks with representatives from the U.S. and five other world powers.

In recent weeks however, some government supporters have questioned the merits of the "Death to America" slogan chanted at most official events.

"I hope no member of the government will participate in the event this year," said Sadeq Zibakalam, a political commentator close to the reformist camp.

"It was expected that the ceremony would not be held this year."

He even asked Rouhani, voted in with the support of reformists and moderates, to "condemn" insults against other countries, in reference to the burning of American flags during the anniversary.

The move provoked the ire of conservatives, even though not all posters were removed and similar ones appeared in other major cities across the country.

In one poster, American and Iranian negotiators are seated at a table facing each other, while the American wearing jacket and tie but with army pants and boots holds a rifle under the table.

At Friday prayers in Tehran this week, hardliner Ayatollah Ahmad Khatami proposed "Death to America" be kept on for "political pressure" during the nuclear negotiations with world powers.