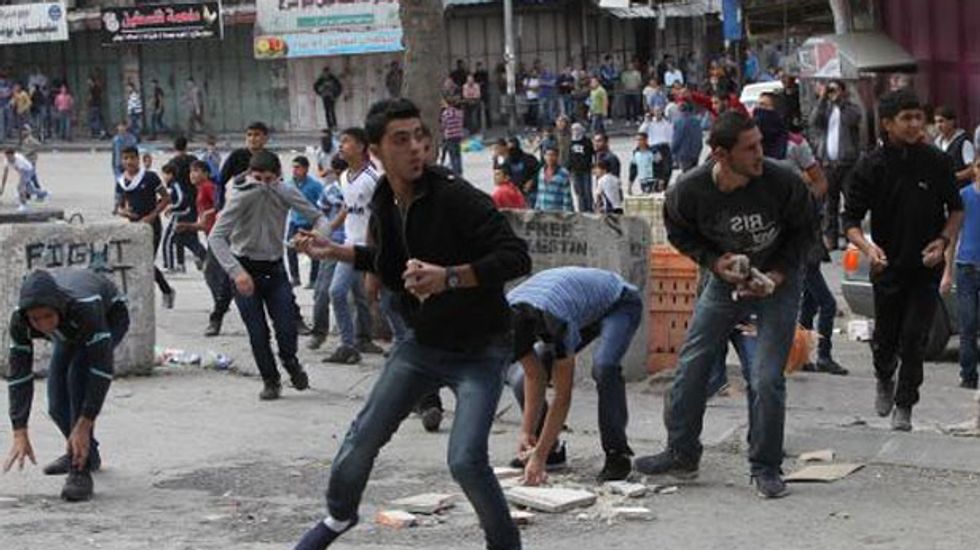 Nascent Israeli-Palestinian peace talks are likely to collapse without urgent US intervention, voices on both sides warned ahead of a new visit by Washington's top diplomat.

US Secretary of State John Kerry, who is due to arrive late Tuesday for the latest round of talks with Israeli and Palestinian leaders, has kept up a positive front, insisting he is "hopeful" progress can be made "within the next months."

But Israel's top-selling Yediot Aharonot newspaper said Kerry has realised the talks will not result in a deal within nine months and is working on a proposal for an interim agreement to be presented to the two sides early next year.

"Washington is secretly preparing a document aimed at reinvigorating the increasingly faltering Israeli-Palestinian peace talks," wrote Yediot's Alex Fishman, describing it as "an American compromise" between Israel's insistence on an interim agreement and the Palestinian demand for a final status deal.

He said the idea emerged from an October 23 meeting in Rome between Kerry and Israeli Prime Minister Benjamin Netanyahu.

Reports of a new US approach were strengthened on Monday when Zehava Gal-On, head of Israel's leftwing Meretz party, said Washington would unveil its own diplomatic plan in January.

"The Obama administration plans to achieve a diplomatic breakthrough at the beginning of 2014," she told Haaretz newspaper, quoting US, Palestinian and Arab officials.

"The Americans want to move from coordinating between the two sides to a phase of active intervention."

US officials have denied the existence of any plan for an interim agreement, insisting that Washington is still hoping to broker a comprehensive peace deal.

"All major issues have been on the table and all parties remain determined to reach a final status agreement by the end of the nine-month period of negotiations," said State Department spokeswoman Jen Psaki.

The Palestinians have long opposed the idea of an interim deal, pointing to the repeatedly missed deadlines of the Oslo process in the 1990s, and in his September address to the UN General Assembly, Palestinian president Mahmud Abbas ruled out entering the "vortex" of a new interim deal.

Gap between the two sides 'widening'

"The Palestinian and Israeli sides have not yet received the expected US proposals on reaching a breakthrough," a Palestinian source close to the talks told AFP, speaking on condition of anonymity.

"The negotiations are going through a real crisis and the gap between the positions of the two sides is widening, instead of narrowing as it was supposed to," he said.

"There have been more than 18 meetings between the negotiators over three months during which the Palestinian side laid out its propositions," he added, saying the Israeli side had listened but had not done the same.

Palestinian officials insist that negotiations to end the conflict must be held on the basis of the lines which existed before the 1967 Middle East War, when Israel seized the Gaza Strip and the West Bank, including east Jerusalem.

The source said the proposition was for a Palestinian state in the West Bank and Gaza, which should be considered a single geographic entity, and safe passage between the two. Its capital would be in east Jerusalem.

The state of Palestine would accept a staged withdrawal of Israeli forces over a period of not more than three years and would agree to limits on its own military capabilities, he said.

"It will not accept any Israeli presence on its land after the end of that period, although it would accept that of a third party," he said, in reference to the possible stationing of peacekeepers in the Jordan Valley or other areas.

Debate over the eastern border with Jordan has increasingly come up in recent months and on Sunday, Netanyahu vowed not to give up a security presence there.

The Palestinian source said the future state would have "sovereignty over its airspace, its border crossings, its ports and its electromagnetic frequencies," adding that it would accept up to a 1.9 percent territorial swap based on the 1967 lines.

The question of the Palestinian refugees should be resolved on the basis of UN Resolution 194 which defines principles for their "right of return," but Israel must also acknowledge its role in the refugee crisis, he added.

The Israeli negotiating position rejects the 1967 lines as a reference point, and also rejects the 1.9 percent proposed by the Palestinians, saying it does not take into account demographic changes since 1967 in reference to its settlement activities, he said.

"Israel's positions amount to zero Palestinian sovereignty over anything, whether that is borders on land, sea, water or air," he said.

A lawsuit was filed this Monday against a former Texas police officer, accusing him of running over an unarmed man during a foot pursuit in November of 2020, the Fort Worth Star-Telegram reports.

Dash cam video shows former Lake Worth police officer Jonathan Granado striking Dustin Bates with his vehicle, causing him to suffer three fractured ribs, a broken right leg and a fractured spine. Bates was later charged with evading arrest and drug possession, but the charges were dismissed in August at prosecutorial discretion. Granado resigned from the department in December of last year.