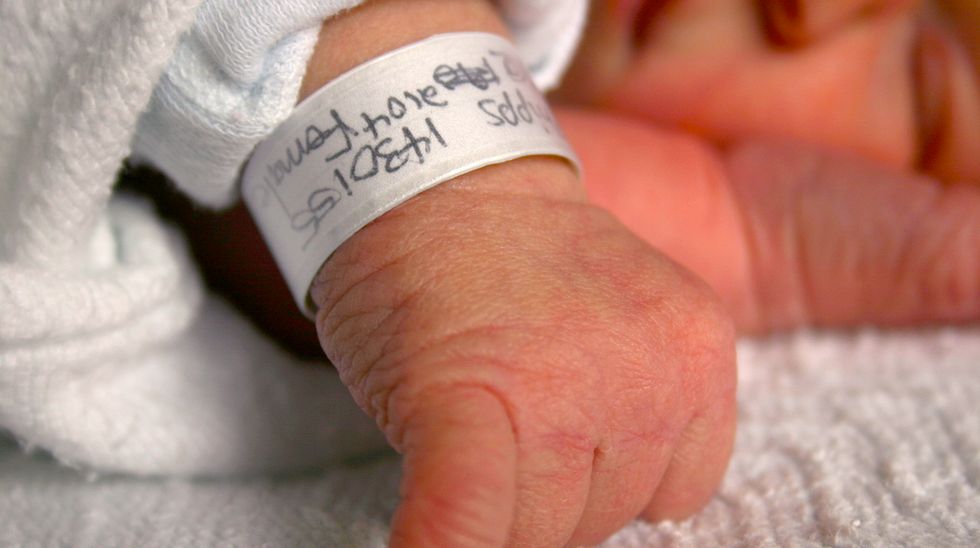 A 60-year-old Japanese man switched at birth says he would like to "roll back the clock", days after winning a lawsuit against the hospital which mistakenly cast him into a life of poverty.

The man told a packed Tokyo press conference late Wednesday that he was shell-shocked when he learned the truth, saying his life would have been starkly different.

"I've wondered 'how on earth could this happen'? I couldn't believe it. To be honest, I didn't want to accept it," he told Japanese media late Wednesday. The man was not identified.

"I might have had a different life. I want (the hospital) to roll back the clock to the day I was born."

This week, a Tokyo district court ordered the hospital to pay 38 million yen ($374,000) in damages over its 1953 blunder which saw the man switched with another baby boy who was delivered just 13 minutes later.

It is not clear if the hospital, which has not commented on the bizarre case, will appeal.

The man, an unmarried truck driver, would have grown up as the eldest of four brothers in a wealthy family where siblings enjoyed a lavish lifestyle including private tutors.

Instead, he was raised on welfare by his non-biological mother who also supported older siblings after her husband passed away.

The family had few frills in their one-room apartment except for a radio, according to the man who studied at night school while working in a factory.

"It was like she was born to experience hardship," the man said of the woman he knew as his mother.

The man has been helping take care of his non-biological brothers, one of whom suffered a stroke.

The decades-old mistake was uncovered when the wealthy family's three younger brothers had DNA testing done on their oldest sibling -- who looked nothing like them -- after their parents died.

They checked hospital records and confirmed the identity of their biological eldest brother last year, whom the men have since met.

The four are now working on building a relationship to make up for lost time.

But the man switched at birth said he cried daily for several months after learning the truth.

"As I saw pictures of my (biological) parents, I wanted to see them alive. I couldn't hold back tears for months every time I saw their pictures."

One of my brothers "told me that we will have 20 more years to live so we should make up for lost time," he added.

"I was happy to hear that and I want to do it."

The trio, along with their genuine older brother, had asked for a much-bigger 250 million yen in damages.

[Image: Baby identification bracelet on newborn, focus is on the bracelet via Shutterstock]