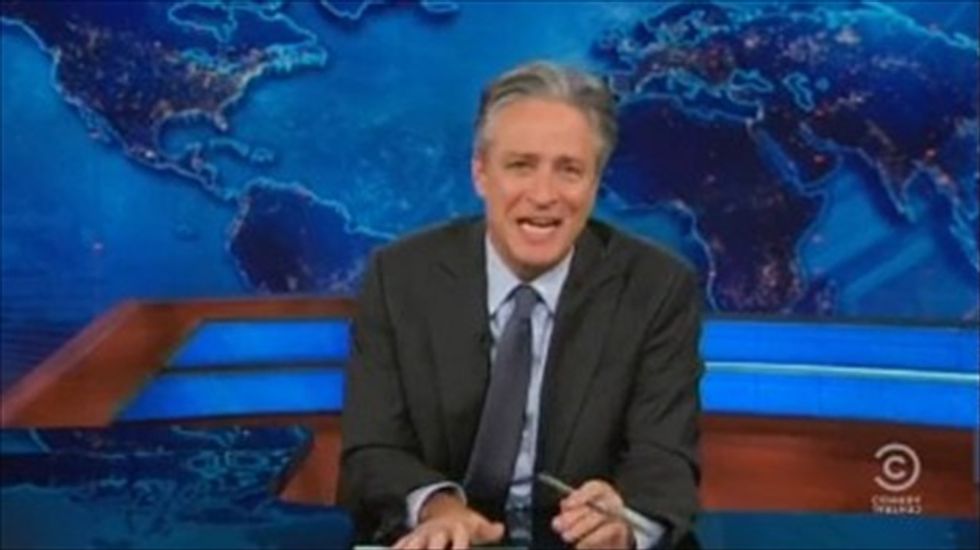 Jon Stewart came to the defense of New Jersey Gov. Chris Christie (R) on The Daily Show on Monday, using Time magazine's own reasoning to skewer its cover story calling Christie "the elephant in the room."

"Oh, I get it, 'cause he's large -- he's a large man," Stewart said sarcastically. "That must've given your readers a good laugh, whether they encountered your magazine whilst waiting to see a gastroenterologist, or using their grandparents' bathroom."

The magazine's subsequent attempts to explain away the line as "a figure of speech" without apologizing, Stewart said, still hinged on them focusing on Christie's weight. In response, he unveiled a cover for "Daily Show magazine" proclaiming, "Time Magazine is a pile of sh*t."

Calling it "a figure of speech," Stewart explained that the cover was about "how Time processes information, digests it and then leaves its insights to its readers to pick through."

"If you cannot trust an international mercenary living in the netherworld twixt assassin and bounty hunter, whose very livelyhood is predicated on the flexible morality needed to survive in the chaos and lawlessness of failed nations, I mean, who can you trust?" Stewart asked.

Watch Stewart take on CNN and Time, embedded via Comedy Central, below: